His Excellency Ashraf Ghani, President of Afghanistan received on Sunday August 25, 2019 at his residence in Jeddah, the Secretary General of the Organization of Islamic Cooperation (OIC), His Excellency Dr. Yousef A. Al Othaimeen.

The President commended the role of the Kingdom of Saudi Arabia, the headquarter country of the OIC, and the Custodian of the Two Holy Mosques, King Salman bin Abdulaziz Al Saud, in hosting the International Ulema Conference on Peace and Security in Afghanistan held in Makkah Al-Mukarramah in 2018. He further praised the OIC’s continued support for his country and its active role in promoting peace and security.

The Afghan President affirmed his country’s keenness to develop relations with the OIC and work with it for the implementation of all programs and projects, especially cultural and social programs designed to fight extremism, fanaticism and terrorism.

For his part, the Secretary General reaffirmed the OIC’s commitment to continue its efforts to promote peace, security, stability and development in Afghanistan and to bring together the parties, commending the role of the Afghan Government in combating extremism and terrorism.

He affirmed the OIC’s support for Afghanistan to address the various challenges facing it, condemning the recent bombings in the Afghan capital Kabul.

He also stressed that the outcomes of the Afghanistan Ulema Conference hosted by the Kingdom of Saudi Arabia, which discussed opportunities for peace and stability, was a turning point in the country, lauding the role of the Kingdom under the leadership of the Custodian of the Two Holy Mosques and His Royal Highness the Crown Prince, in providing continued support for the Republic of Afghanistan. 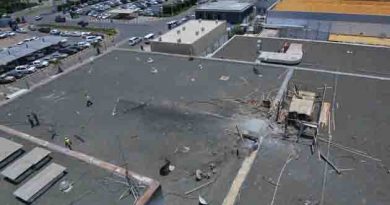 Al-Othaimeen: We Pin Hopes on the Resumption of a Real Indo-Pakistani Dialogue to Address the Issue of Jammu and Kashmir