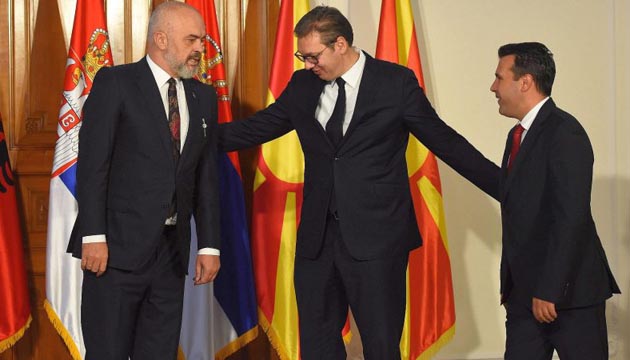 Three Western Balkan EU hopefuls, Albania, North Macedonia and Serbia, have decided to advance regional cooperation by forming the so-called “mini-Schengen” in order to improve life and the economy in the region until the EU opens its doors to them.

The idea of Western Balkan countries coming closer together was first floated at a regional summit in Trieste in 2017, when the leaders agreed an action plan for a regional economic area.

The prime ministers of Albania and North Macedonia, Edi Rama and Zoran Zaev, together with Serbian President Aleksandar Vučić met in Novi Sad, northern Serbia, on Thursday (11 October) and signed a declaration of intent to establish the free movement of people, goods, services and capital between the three countries.

The “mini-Schengen” is to become operational in 2021, when citizens, as Vučić put it, will be able to cross the borders of each of the three states with an ID card “at most.”

The initiative is open to the remaining members of the ‘Western Balkans Six’, the three leaders stressed, inviting Bosnia-Herzegovina, Montenegro and Kosovo to join them. In Rama’s words, that is why the declaration mentions “the Western Balkans Six throughout the text.”

Vučić said the remaining three were also invited to the “mini-Schengen,” regardless of their differences on recognizing Kosovo’s independence. He said Serbia wanted to develop good relations and abolish administrative barriers in the region and differences on Kosovo had nothing to do with the free trade and movement.

Kosovo declared independence from Serbia 11 years ago. To date, it is not recognized by Serbia and Bosnia-Herzegovina, as well as five of the 28 EU member states and almost half of the UN members.

“The fact that we have differences relative to Kosovo, and that these two countries have recognized its independence, that has nothing to do with the flow of goods, people, services and capital,” Vučić said when asked if Kosovo had been invited to join.

All the Western Balkan countries are en route to the EU, albeit in different stages, with Montenegro and Serbia the only ones that have opened accession talks.

The European Commission recommended in May opening the talks with Albania and North Macedonia and a decision is expected at a European Council summit on 17-18 October.

Regional cooperation and good neighbourly relations are one of the prerequisites for membership, along with the adoption of the EU acquis and economic empowerment.

Zaev said it was never difficult to talk with partners from the EU but stressed it was high time the countries in the region did something for their own interest, too.

“The EU is welcome, but this initiative is focused on the interests of the countries in the region,” said the Macedonian prime minister.

Rama said that the “mini-Schengen” initiative had been made with no influence from Brussels, because there was a need in the whole region to accelerate the pace and dynamic of development

“Our aim is to be a part of the bigger European family, but while they are having their problems, we cannot be held hostage by the past or some disagreements… We are not the EU’s priority. We must make a priority, and not just between our three but between all six countries,” said Rama.

The next trilateral meeting has been scheduled for 10 November in Ohrid, at the eponymous lake in North Macedonia, when, “the most concrete” measures for materialising the mini-Schengen should be presented.

Serbian Deputy Prime Minister Zorana Mihajlović has said that the “mini-Schengen” is not a substitute for EU membership, nor is it the creation of a new Yugoslavia or a shortcut to implementing nationalist projects in the Balkans.

According to her, the “mini-Schengen” declaration is proof that Albania, North Macedonia and Serbia are an inalienable part of a united Europe, which is the goal of all Western Balkan countries.

The European Movement in Serbia (EMinS) Secretary-General, Suzana Grubješić, welcomed the declaration because it paved the way for implementing four European freedoms in one part of the Western Balkans.

“In a situation where the EU is dealing with its own problems and probably postponing the start of negotiations with Albania and North Macedonia, it is important to support such initiatives because they help to create a freer and more stable Western Balkans,” Grubješić told EURACTIV Serbia.

The only criticism came from North Macedonian Chambers of Commerce President Daniela Arsovska, who said her country needed structural reforms to join the EU, rather than a “mini-Schengen” with Serbia and Albania, which would lead to further isolation.

“At a time when we are conditionally about to join NATO and with the possibility of starting negotiations with the EU, it is a strange idea to enter into an economic ‘illegal structure’, the ‘mini-Schengen’ with Serbia, which has different positions than Macedonia in foreign policy, especially regarding accession to the Euro-Atlantic alliance,” Arsovska said.

She hinted at to Serbia’s close ties with Moscow and Belgrade’s decision to stay outside NATO, which bombed the country in 1999 to halt a crackdown on ethnic Albanians in Kosovo. 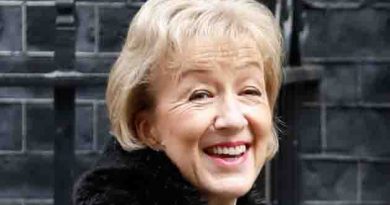 Brexit: MPs urged not to be ‘purist’ about backstop