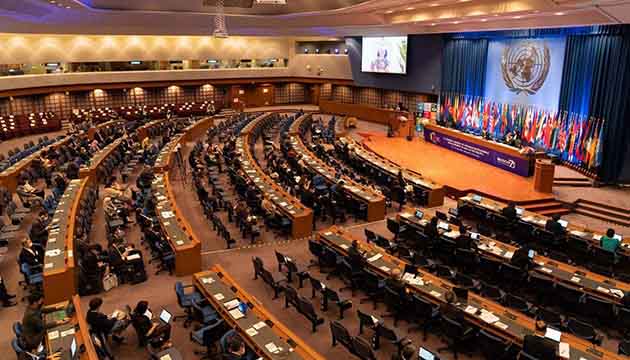 Leaders from around Asia and the Pacific – a region at the forefront of the world’s innovation and economic growth – today pledged to leverage its advantages toward protecting people and the planet.

The Bangkok Declaration, adopted at the conclusion of the 78th session of the Economic and Social Commission for Asia and the Pacific (ESCAP), renews the region’s commitment to promoting multilateralism and international cooperation, strengthening partnerships for sustainable development, and upholding the principles of international law and the United Nations Charter.

Asia and the Pacific are currently facing their biggest shared test on the back of cascading socio-economic impacts from the COVID-19 pandemic, raging geopolitical conflicts, and the climate crisis. Some 85 million people have been pushed back into extreme poverty by the pandemic alone, millions more losing their jobs or livelihoods, and a generation of children missing precious time on education.

The Declaration sets forth a common agenda to advance sustainable development in Asia and the Pacific, drawing upon priority areas identified from country consultations and negotiations. Governments promised to leave no one behind, as well as place women and youth at the heart of development. They further reaffirmed the importance of trade as an engine of inclusive growth, protecting the planet, enhancing regional connectivity and exploiting technological opportunities.

Countries called for a reinvigorated role of ESCAP – observing the 75th anniversary of its establishment – as a regional development platform to respond effectively to the changing and emerging needs of the region. They also underscored the need for governments to create sufficient fiscal space to allow for greater investment in sustainable development.

“This resolution shows an unprecedented commitment and genuine engagement of countries to join forces to overcome current complexities and safeguard the development aspirations of the people – solidarity at its best in Asia and the Pacific,” said Armida SalsiahAlisjahbana, United Nations Under-Secretary-General and Executive Secretary of ESCAP.

Over 740 delegates from 52 member States and associate members, various stakeholder groups, and international organizations attended the 78th session held from 23 – 27 May in Bangkok. Three other resolutions on inclusive civil registration and vital statistics, sustainable transport development, and changes to the ESCAP conference structure were also adopted at this regional assembly.

Recognizing the growing frequency and intensity of transboundary disasters in the region, countries underlined the crucial need to strengthen disaster risk information management and multi-hazard early warning systems. The Regional Plan of Action on Sand and Dust Storms in Asia and the Pacific was endorsed to scale-up collaborative efforts and minimize the associated risks to communities. 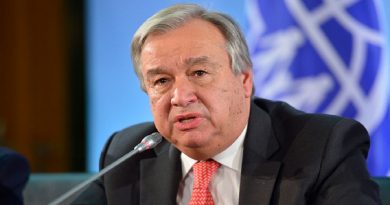 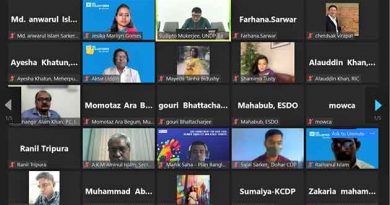 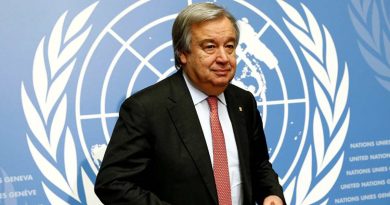 UN Secretary General calle on all stakeholders to ensure an environment free of violence, intimidation and coercion before, during and after the general election in Bangladesh.