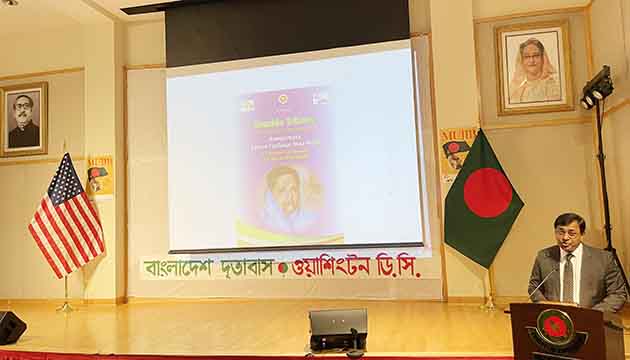 The Embassy of Bangladesh in Washington DC observed the 91st birth anniversary of Bangamata Sheikh FazilatunNesa Mujib, wife of Father of the Nation Bangabandhu Sheikh Mujibur Rahman, in a befitting manner. The Embassy organised a programme at the Bangabandhu Auditorium on 08 August to commemorate the sacrifice and dedication of Bangamata for her family, country, and nation.

Messages from the Hon’ble President and the Hon’ble Prime Minister on the occasion were read out by Economic Minister Mahdee Hasan and Defense Attache Brig-Gen M Moinul Hasan, respectively. 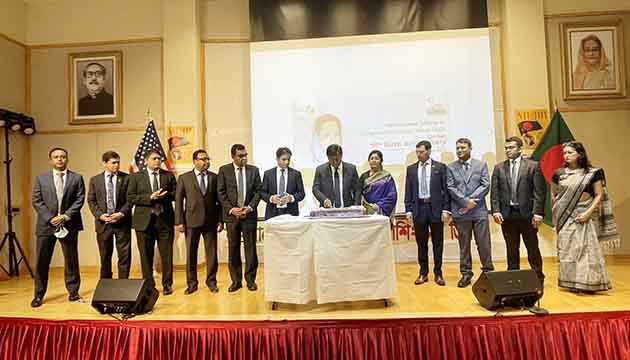 Bangladesh Ambassador M. Shahidul Islam delivered a speech highlighting the commitment of Bangamata to her family, her influence in the life of Bangabandhu, and her behind-the-scene but pivotal role in determining the course of the history of Bangladesh. Ambassador Shahidul Islam also recalled her crucial role and support, which helped Bangabandhu to take some critical decisions that played the most significant role in the liberation struggle of Bangladesh.

A documentary on the life and works of Bangamata Sheikh FazilatunNesa Mujib was screened at the event. A special prayer was offered, seeking eternal peace of souls of Bangabandhu Sheikh Mujibur Rahman, BangamataFazilatunNesa Mujib, their family members, and others martyred on the fateful night of 15 August 1975. 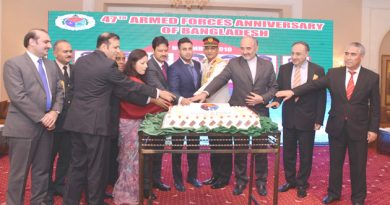