State Minister for Foreign Affairs of Bangladesh Md. Shahriar Alam, MP who is on a 4-day maiden official visit to Brazil signed an ‘Agreement on the Exemption of Visa for Diplomatic and Official Passports’ on the 50 years of Bangladesh-Brazil diplomatic relations. The Foreign Minister of Brazil Carlos Alberto Franco França signed the agreement on behalf of the Brazilian government.

A high-profile business delegation led by the President of the FBCCI Mr. Jashim Uddin and the representatives of the Bangladesh-Brazil Chamber of Commerce (BBCC) accompanied the State Minister during the visit.

On 18 July, the State Minister delivered a lecture for the trainee diplomats at the Rio Branco Institute (Foreign Services Academy of Brazil) in Brasília. More than 100 guests comprising high officials from the host government, Ambassadors, members of the diplomatic corps, civil society, trainee diplomats, and journalists along with members of FUNAG (Research Institute for International Relations) attended the event. Mentionable that Instituto Rio Branco is a ‘’state of the art’’ training center for diplomats from Brazilian and other parts of the world.

Giving an overview of our struggle for independence, the State Minister highlighted how the charismatic Leader Father of the Nation Bangabandhu led the nation to have the right to speak in its mother tongue and later the war for independence in 1971. Stressing the geo-strategic importance of Bangladesh, he explained how Bangladesh is connecting South Asia and Southeast Asia for a greater economic feat. He also highlighted the unprecedented socio-economic growth in Bangladesh under the visionary leadership of Prime Minister Sheikh Hasina. State Minister Alam explained to the trainee diplomats of Rio Branco- how continuity of the government, investment in the rural economy, and women empowerment led the country to sustainable and steady socio-economic strides. In the question-and-answer session, it revealed that the State Minister’s lecture created huge interest among the trainee diplomats from Brazil and Bangladesh and its impressive trajectory of socio-economic progress.

At the Itamaraty Palace (Foreign Office of Brazil), the State Minister received a state Guard of Honour. Acting Vice-Minister for Foreign Affairs of Brazil Ambassador Paulino Franco de Carvalho Neto hosted a lunch in honor of the State Minister. Minister Alam and Ambassador Neto discussed the gamut of existing bilateral relations and both renewed their commitment to further strengthening them. They agreed to accelerate cooperation in the fields of trade, investment, agriculture, agri-business, food, energy, pharmaceuticals, and sports cooperation. Both sides agreed to make efforts to enhance bilateral trade, which is currently much below its potential. They also discussed multilateral issues of mutual interests including contemporary political issues. The humanitarian efforts shown by Bangladesh under the visionary leadership of Prime Minister Sheikh Hasina to the Forcibly Displaced Myanmar Nationals (FDMNs) were highly appreciated by Ambassador Paulino.

Later in the evening State Minister Alam had a meeting with the Brazilian Foreign Minister Carlos Alberto Franco França followed by the signing of the agreement on visa exemptions. Minister Carlos França congratulated the State Minister on the completion of the Padma bridge- a huge stride achieved due to the steadfast commitment of Prime Minister Sheikh Hasina. Agricultural cooperation, agro-processing, and energy cooperation were the key areas of the discussion. Expressing the Bangladesh Government’s interest in concluding the Preferential Trade Agreement (PTA) and Free Trade Agreement (FTA), the State Minister sought Foreign Minister Carlos França’s meaningful support in Bangladesh’s bid for Mercosur PTA and FTA. While Brazil is the current UN Security Council President, State Minister Alam urged that -amid the Ukraine crisis, issues like humanitarian assistance for the Displaced Myanmar Nationals (FDMNs) in Bangladesh and their immediate safe return and the situation in Afghanistan should not be forgotten.

On the other hand, appreciating the tremendous socio-economic growth in Bangladesh in the last decade, Foreign Minister Carlos França explicitly showed his strong willingness to strengthen trade and investment ties with Bangladesh. Both the Ministers discussed the possibility of a Head of Government level visit between the two countries. Appreciating the increasing size of the bilateral trade both agreed to find ways for trade diversification. They talked about the rationales and plausible resolution of conflict situations around the world. Bangladesh Ambassador to Brazil Sadia Faizunnesa and Director General for Americas Nayem Uddin Ahmed accompanied the State Minister during the meetings.

State Minister Md. Shahriar Alam, M.P., later in the evening attended the ‘Celebration of 50th Anniversary of Bangladesh-Brazil Diplomatic Relations’ as a Guest of Honour hosted by the Bangladesh Ambassador to Brazil Sadia Faizunnesa. In his remark, the State Minister thanked and congratulated the Brazilians on the 50th anniversary of Bangladesh-Brazil diplomatic relations and congratulated the Brazilian as they are celebrating the 200th year of the independence of Brazil. More than 100 guests comprising members of the diplomatic corps, academics, journalists, businessmen, and high-level Brazilian government officials attended the reception. 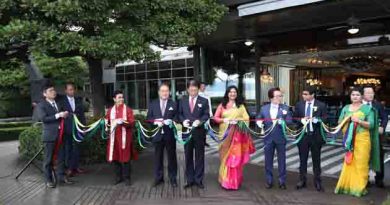 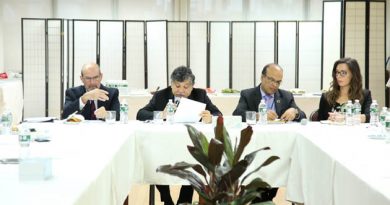