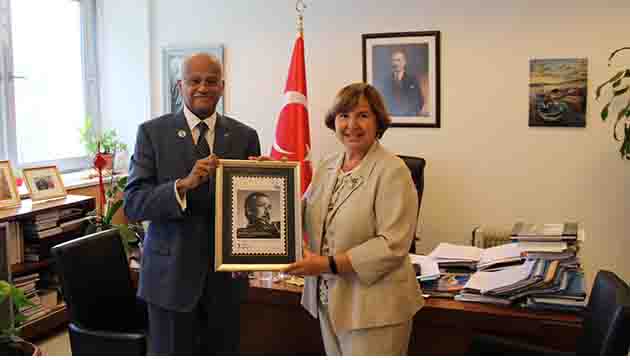 A postal stamp issued by the Turkish Postal Department in memory of Father of the Nation Bangabandhu Sheikh Mujibur Rahman has been unveiled at a special meeting between Bangladesh Ambassador Mosud Mannan NDC and Director General of the Cultural Wing of the Turkish Foreign Ministry Deniz Chakar. 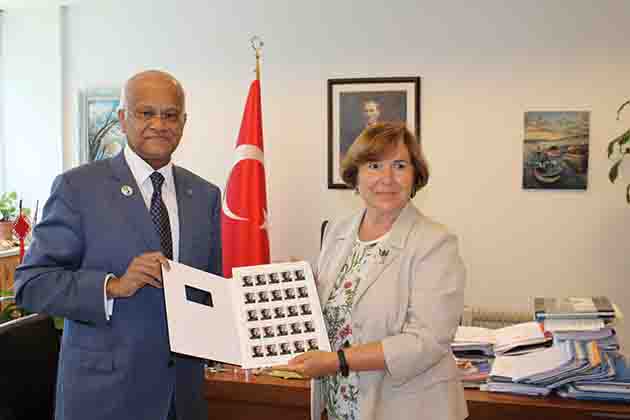 During the meeting, the Ambassador paid deep homage to the memory of Bangabandhu Sheikh Mujibur Rahman, the father of the Bengali nation for a thousand years, and said that Bangabandhu Bangladesh was also a tangible symbol of democracy, peace, and secularism in the international arena. He further said that Bangabandhu was a pioneer of humanity, people’s power, and socio-economic liberation.

Both agreed that the relations between the two countries would be more strengthened by the release of postage stamps with photographs in the memory of Bangabandhu.

Later, the Ambassador especially thanked the Turkish Ministry of Foreign Affairs and the Postal Service for releasing the postage stamp during the celebration of the centenary of the birth of Father of the Nation Bangabandhu Sheikh Mujibur Rahman. 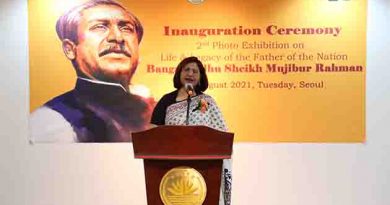 Second Photo Exhibition on the life and legacy of Bangabandhu organized by the Embassy of Bangladesh in Seoul. 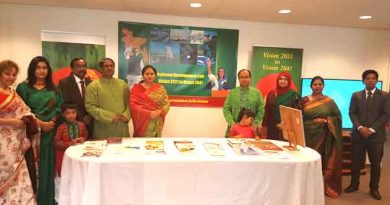 The Embassy of Bangladesh, Berlin organizes a day-long programme in celebration of the “4th National Development Fair-2018. 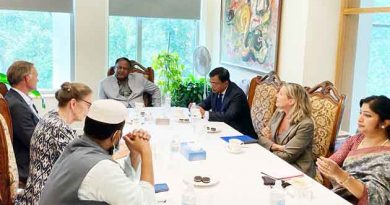