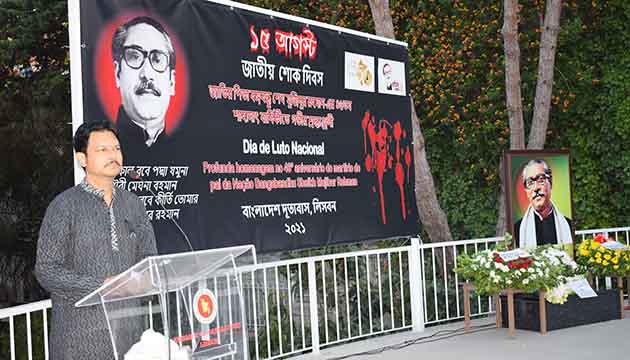 Bangladesh Embassy in Lisbon observed the 46th Anniversary of the Martyrdom of Father of the Nation Bangabandhu Sheikh Mujibur Rahman and National Mourning Day on Sunday, 15 August 2021 with due dignity and solemnity. Appropriate posters and banners in line with the spirit of the mourning day had been put up at the Embassy premises, the participants arrived at the venue in black and white attire and wore black badges. 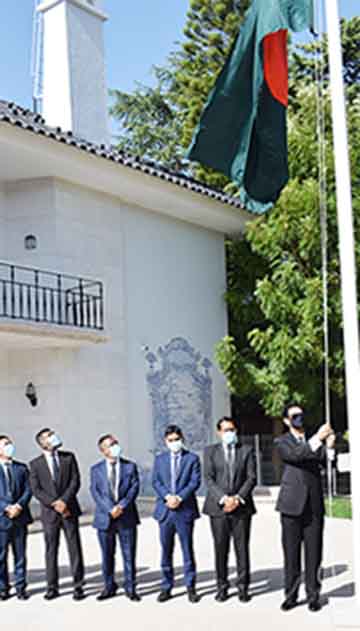 The day-long event began in the morning with the ceremonial hoisting of the National Flag of Bangladesh at half-mast by the Ambassador at the Chancery premises in presence of Embassy officials. 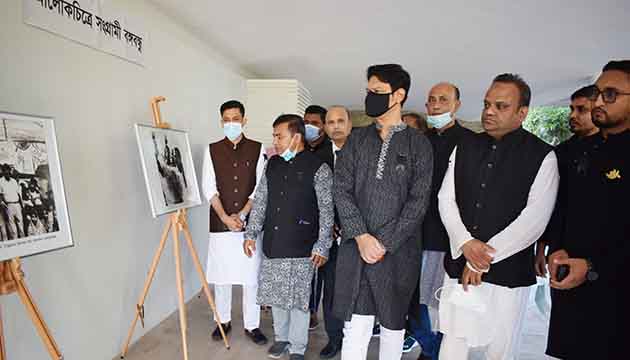 In the afternoon, the Ambassador along with the invitees inaugurated a photo exhibition titled “Struggling Bangabandhu in Photography” showcasing the epoch-making events in the political life of Bangabandhu from his student days to homecoming day. Visitors witnessed the captioned photographs arranged in chronological order with keen interest. 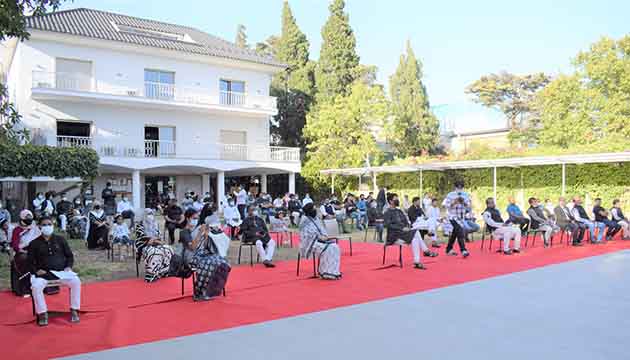 A commemorative session was organized on this occasion in the evening. Members of the Bangladesh diaspora including leaders of political parties, socio-cultural organizations, students, media personnel and Embassy officials attended the session. The session started with placing of floral wreaths at a life-size portrait of the Father of the Nation by the Ambassador and other officials of the Embassy as well as by leaders of different social and political organizations. One-minute silence was observed to pay tribute to Bangabandhu, his family members and other martyrs of the dreadful night of 15 August 1975. Messages by the Hon’ble President, the Hon’ble Prime Minister, the Hon’ble Foreign Minister and the Hon’ble State Minister for Foreign Affairs, released on the occasion, were readout. Thereafter, a discussion session was held on the occasion, where the speakers highlighted the unmatched contribution of Bangabandhu to the independence of Bangladesh and different aspects of Bangabandhu’s life and strongly condemned the brutal assassination of the Father of the Nation and his family members on 15 August 1975. 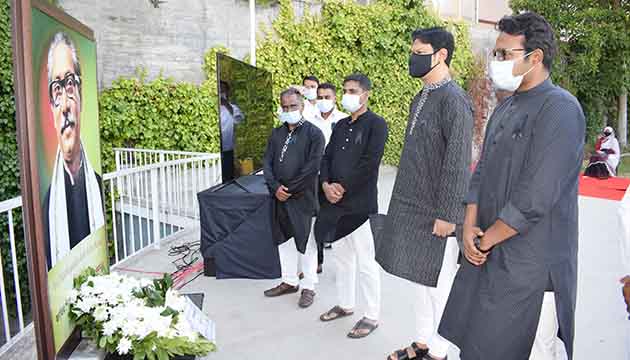 At the outset of his speech, the Ambassador paid rich tribute to the Father of the Nation Bangabandhu Sheikh Mujibur Rahman and his family members who met with martyrdom in the cursed night of 15 August 1975 in a deep-rooted conspiracy by the anti-liberation, reactionary forces. The conspirators wanted not only to assassinate Bangabandhu Sheikh Mujibur Rahman as an individual but also to erase the ideology of Bangabandhu, i.e., the spirit of the War of Liberation. But killers could not wipe out the shining image of Bangabandhu from the minds of Bangalees; nor could they extinguish the eternal flame of the spirit of War of Liberation, the Ambassador added. Mentioning the repeated attempts on the life of Hon’ble Prime Minister Sheikh Hasina, Ambassador cautioned that conspiracy of the anti-liberation forces continues. He called upon everyone to take a firm resolution to contribute to the country’s forward journey of development under the able leadership of the Hon’ble Prime Minister Sheikh Hasina to realize Bangabandhu’s dream of ‘Sonar Bangla’, tackling all threats of reactionary conspiracy.

Finally, a special prayer was offered seeking divine blessings for Father of the Nation Bangabandhu Sheikh Mujibur Rahman, all other the martyred members of his family as well as for the continued peace, progress and prosperity of the country. 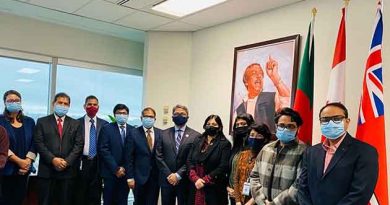 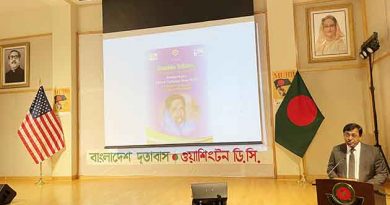 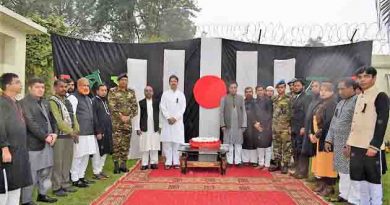 Report by Humayun Kabir from, Lisbon, Portugal,   Convened under the auspices of the United Nations and co-hosted by the Governments