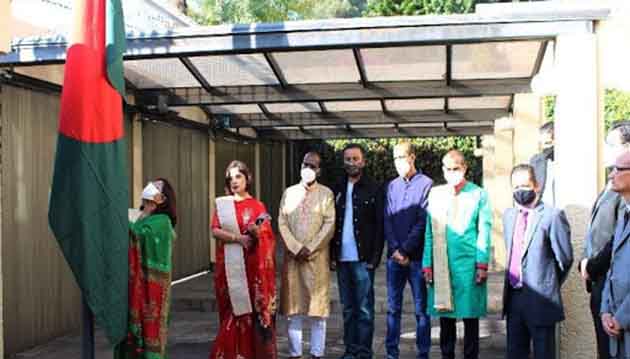 The day-long program started with the hoisting of the National Flag by Ambassador Abida Islam at the Chancery followed by a special prayer for the martyrs of the independence and also for the Father of the Nation, his family members, and the four National leaders. The Messages of the Hon’ble President, Hon’ble Prime Minister, Hon’ble Foreign Minister, and Hon’ble State Minister for Foreign Affairs sent on this occasion were read out before the august gathering. Later the documentary titled “Bangabandhu Bisshabandhu” was screened at the event. 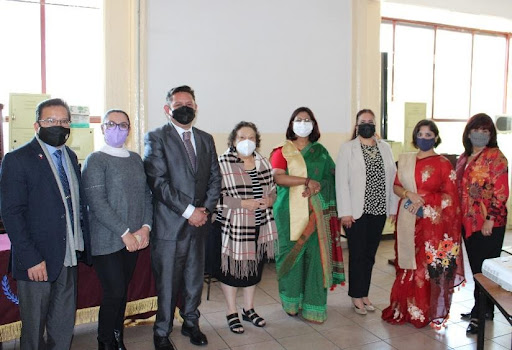 Later an open discussion session was held where the officials of the Embassy along with the expatriates actively participated and they focused on the undaunted leadership of Bangabandhu, the significance of the glorious Victory Day, the supreme sacrifices of the freedom fighters during the liberation war, and also the ongoing socio-economic development of Bangladesh. At the end of the program, they were entertained with traditional cuisines. 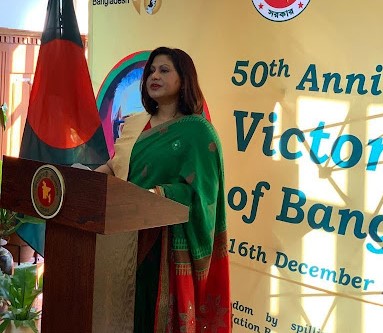 The Ambassador in her speech paid the deepest tribute to the greatest Bengali of all time, Father of the Nation and the architect of our Independence, Bangabandhu Sheikh Mujibur Rahman. She also paid homage to the martyrs, freedom fighters, and the women who were violated during the liberation war. In her speech, she emphasized the socio-economic development of Bangladesh and requested the expatriate living in Mexico to highlight the positive image of Bangladesh to the host country. She also reflected on Bangladesh-Mexico bilateral relations focusing on trade and investments, IT, higher education, culture, agriculture. Later on, Ambassador Islam conducted one Oath Ceremony which was spontaneously participated by the audience followed by the singing of the National Anthem by all. 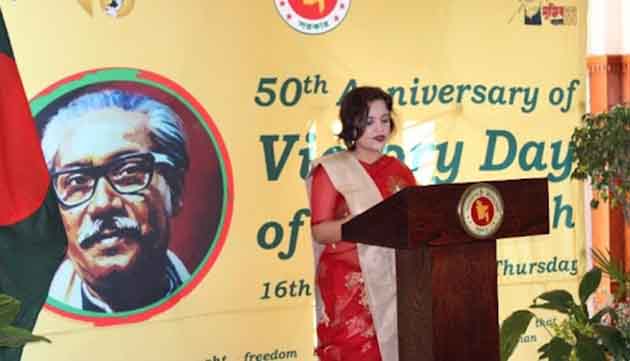 To commemorate the Birth Centenary of Father of the Nation and the Glorious Victory Day the Ambassador had a virtual Keynote presentation at a renowned University of Mexico, ‘UNAM’, on 10 December 2021. In her notes, she emphasized the history of our independence, the immense contribution of Bangabandhu during the liberation war, his dream of ‘Sonar Bangla’, the impressive socio-economic development, Bangladesh’s contribution to global peace etc. Her presentation was telecasted live on their official Facebook page where the Director of the University, Mr. Raul Gerardo Paredes Guerrero, Secretary-General Dr. Jesús Manuel Dorador González, and Dra. María Magdalena Giordano Noyola, Academic Secretary of the National School of Higher Education (ENES) Juriquilla UNAM along with other members of the faculties and students of the University were present. 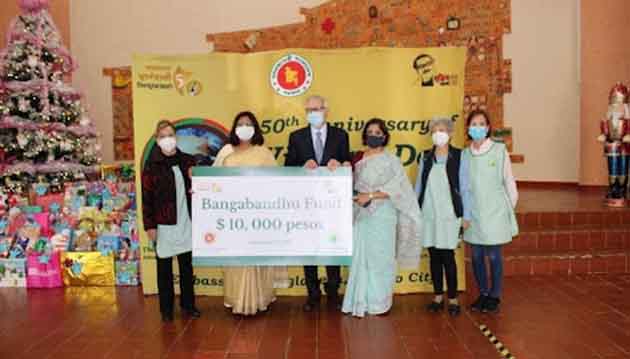 On the eve of the Great Victory Day, the Ambassador visited a children’s cancer hospital, namely ‘Casa De La Amistad’, and donated Pesos 10,000 from Bangabandhu Fund to the hospital authority. The Director-General of the Hospital Engineer Leonardo Arana received the cheque. The Counsellor and HOC of the Embassy were also present during the event. The Hospital authority expressed their sincere gratitude to the Bangladesh Embassy and the Government of Bangladesh for this charity.

In addition, to celebrate the Golden Jubilee of the Great Victory Day and Mujib Year Bangladesh Embassy is going to publish a Special Pictorial Supplement in a local Quarterly newspaper namely ‘Darmen Otero’ covering the art & culture, heritage, history, economic development, potentialities and successes, and the fields to strengthen the bilateral relations between Bangladesh and Mexico which is expected to be published at the end of December this year. 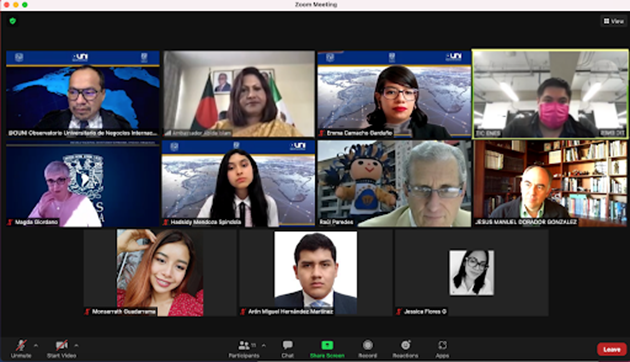 To share the spirit and stimulation of the Father of the Nation and the joy of the Victory Day of Bangladesh and to introduce Bangladesh as a whole to the children of Mexico, the Ambassador delivered a power-point presentation to a local school ‘Escuela Secundaria Don Benito Juarez’ where about 30 students along with the teachers were present. The presentation was very interactive with the Q/A session. In conclusion, a special gift hamper including Mugs and Notebooks with Bangabandhu Logo, and some refreshments were distributed to all the students. 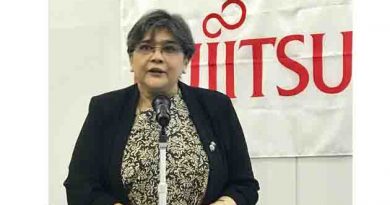 Seminar on Bangladesh’s IT sector held in Tokyo 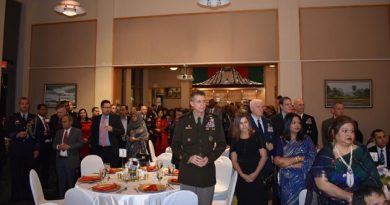 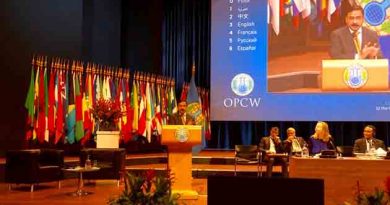