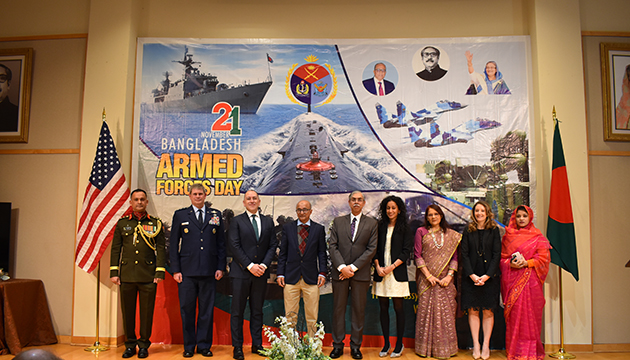 The Bangladesh Embassy in Washington DC hosted a reception on November 21, 2022, to celebrate the 51st Armed Forces Day.
Dr. Tawfiq-e-Elahi Chowdhury, BB, the Adviser to Prime Minister for Power, Energy, and Mineral Resources, and Mr. Gabe Camarillo, Under Secretary of the US Army, were present at the function.

Bangladesh Ambassador to the USA Muhammad Imran also spoke at the event held at the Bangabandhu Auditorium of the Embassy in the evening.

The program began with the playing of the national anthems of Bangladesh and the USA. Then a short documentary on the activities of the Bangladesh Armed Forces was screened.
Dr. Tawfiq-e-Elahi Chowdhury, in his speech, greeted the members of the armed forces on the occasion of the Armed Forces Day and recalled with profound respect the great sacrifice and the long struggle of Father of the Nation Bangabandhu Sheikh Mujibur Rahman who led the Bengali nation to achieve its long-cherished independence.

The Adviser also recalled with deep respect the bravery and supreme sacrifice of the valiant freedom fighters – both military and civilians in the Liberation War.

Dr Tawfiq-e-Elahi Chowdhury, a gallantry award-recipient valiant Freedom Fighter, said along with safeguarding the independence and sovereignty of the country, the members of the armed forces have also earned global acclamation for maintaining peace and stability in different trouble-torn regions of the world.

He also said they are making huge contributions to Bangladesh’s ongoing development under the visionary leadership of Honourable Prime Minister Sheikh Hasina.

Under Secretary of the US Army, Gabe Camarillo said the USA and Bangladesh celebrated the 51st anniversary of Bangladesh Armed Forces and 50 years of friendly relations between the two countries.

Noting that Bangladesh is the world’s largest troop contributor to the UN Peacekeeping Operation, he said the United States recognizes the sacrifice of the Bangladesh Armed Forces both for the defense of the country in Bangladesh and for maintaining peace and stability around the world.

He noted with satisfaction the multifaceted cooperation between the armed forces of Bangladesh and the United States – in terms of UN peacekeeping operations, sharing of knowledge and experiences, training, procurement and exchange of visits, etc.

Diplomats and Defence Attach from a number of countries, senior officials from the Pentagon, Department of State, and other US organizations, members of the Bangladeshi diaspora, and Embassy officials and employees attended the function.

Defense Attaché of Bangladesh Embassy Brigadier General Md Shahedul Islam welcomed the guests at the reception and thanked the USA for the support and cooperation extended that is mutually beneficial for the two countries. Minister (Political-1) Dewan Ali Ashraf conducted the program.

The program ended with the cutting of a cake by the guests of the function. 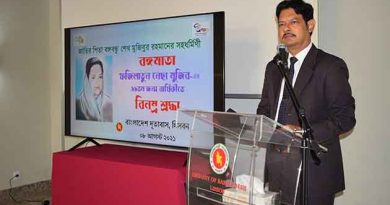 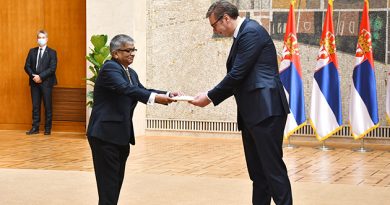 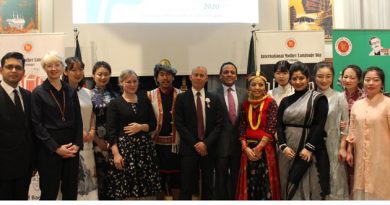