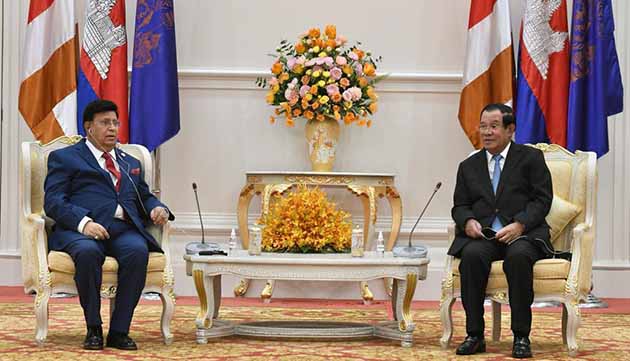 In the morning, Foreign Minister Dr. Momen paid a courtesy call to Cambodian Prime Minister Hun Sen today. They expressed satisfaction with the existing bilateral relations and determination to further strengthen the relations in the days ahead. While congratulating the Cambodian leader for being the Chair of ASEAN for 2022, Dr. Momen extended an invitation to him for a visit to Bangladesh next year on the occasion of the 30th anniversary of diplomatic relations between the two countries. The Cambodian Prime Minister congratulated Prime Minister Sheikh Hasina and the people of Bangladesh for successfully implementing the challenging Padma Multipurpose Bridge project by using their own resources. He termed the bridge a symbol of pride for developing countries like Cambodia as well. Dr. Momen sought the Cambodian leader’s support as the current Chair of ASEAN for expediting the repatriation of the stranded Rohingyas from Bangladesh to their homeland in Myanmar. He also requested for Cambodian support in favor of Bangladesh’s candidacy for the Sectoral Dialogue Partnership. The Cambodian leader conveyed his best regards and greetings to Prime Minister Sheikh describing her as a ‘respected elder sister’. Dr. Momen and Prime Minister Hun Sen voiced concerns about the rising inflationary pressure affecting millions across the world due to the pandemic and the Ukraine-Russia conflicts. 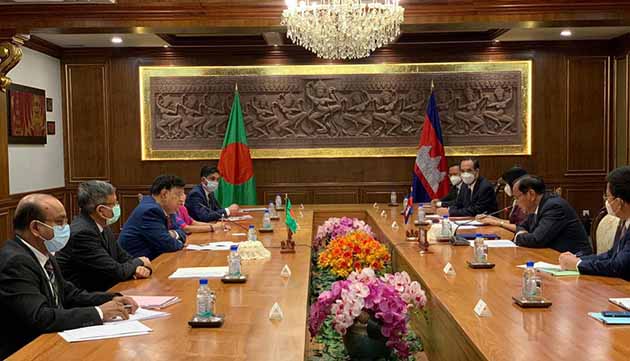 Following the Momen-Hun Sen meeting, Bangladesh-Cambodia bilateral talks were held at the Ministry of Foreign Affairs and International Cooperation in Phnom Penh today. Foreign Minister Dr. A. K. Abdul Momen, MP, and Cambodian Deputy Prime Minister and Foreign Minister Prak Sokhonn led the respective delegations. The two Foreign Ministers reviewed the important aspects of the bilateral relations between the two countries. The two Foreign Ministers reiterated their keenness for further strengthening the existing bilateral relations by adding further substances to them. The two sides discussed, inter alia, the areas of cooperation in trade, commerce, investment, agriculture, pharmaceuticals, food security, manpower, ICT, tourism, cultural exchange, etc. Both sides agreed to make efforts for enhancing bilateral trade, which is currently much below its potential, they observed. They also emphasized concluding the diverse MoUs under process at the earliest. Both sides agreed to have more high-level engagements to add further momentum to the bilateral relations.

Later in the evening, Foreign Minister met the Bangladeshi expatriates in Cambodia and urged them to contribute their experience and expertise to the continued development and progress of the country. 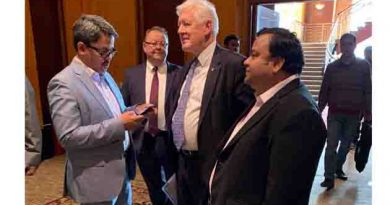