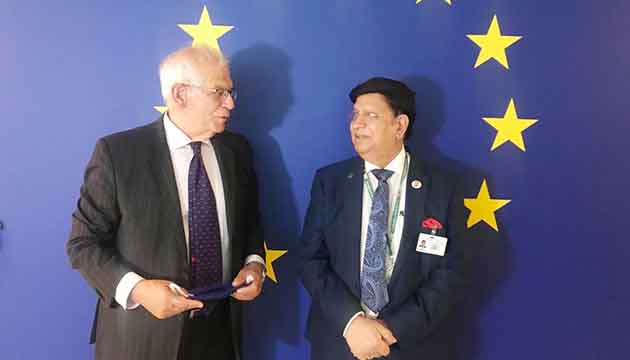 Foreign Minister Dr. A. K. Abdul Momen held a bilateral meeting with Mr. Josep Borrell, High Representative of the European Union for Foreign Affairs and Security Policy, and Vice-President of the European Commission (HRVP) on the sidelines of the UN General Assembly in New York on 23 September 2021. In the meeting, Foreign Minister Momen requested effective measures by the European Union for the creation of a conducive environment in Myanmar for sustainable repatriation of the Rohingyas sheltered in Bangladesh. He explained that sheltering 1.1 million Rohingyas in Bangladesh have been putting enormous social, economic and environmental cost for Bangladesh. HRVP Borell thanked Bangladesh for the humanitarian gesture to the Rohingyas and assured that the EU would work with Bangladesh and the international community to ensure sustainable repatriation of the Rohingyas.

The issue of climate change was discussed in the bilateral meeting. Foreign Minister Momen briefed the HRVP about the role of Bangladesh as the President of the Climate Vulnerable Forum (CVF). He raised the issue of the 100 billion dollars annual climate fund pledged by the developed countries and requested the EU to fulfill the commitment. Dr. Momen stressed the importance of the allocation of 50 percent of the climate financing for adaptation measures. He explained the importance of loss and damage incurred because of river erosion, intrusion of salinity, sea-level rise, floods, and droughts. Foreign Minister emphasized the need for sharing responsibility for the climate migrants – the people uprooted from their homes and traditional jobs because of the impacts of climate change. Dr. Momen also explained the need of creating high and wide embankments in the coastal belt, and in the areas prone to river erosion. He invited public funding and private sector investment from the EU in developing the embankments, with roads, solar panels, and windmills on those. Mr. Josep Borell remarked that significant efforts would be needed to contain the temperature rise to the maximum limit of 1.5 degrees Celsius. He was of the view that there would be social and economic shocks in the effort of addressing the challenges of climate change. Foreign Minister agreed with the HRVP and sought technology transfer for coping with the mitigation targets.

Foreign Minister Dr.Momen raised the issue of trade with the EU. He thanked the HRVP for providing duty-free market access to Bangladeshi products under the EBA scheme of the EU. He also expressed thanks to Mr. Borell for continued market access to Bangladesh till 2029 and requested for providing GSP+ facilities once the EBA facilities to Bangladesh will be over in 2029. HRVP assured the Foreign Minister that he would convey the request with a positive recommendation to the concerned authorities of the EU. 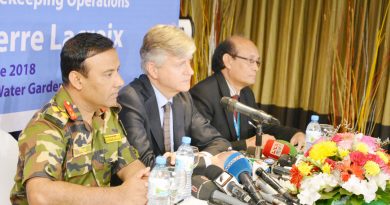 Bangladesh is one of the very stronger partner of the UN Peacekeeping , says UN Under-Secretary-General for Peacekeeping Operations Jean-Pierre Lacroix. 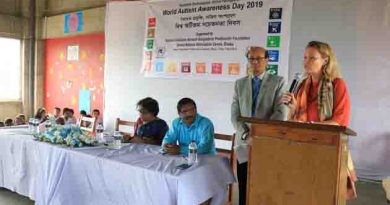 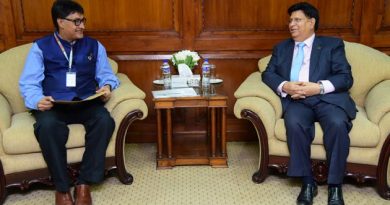