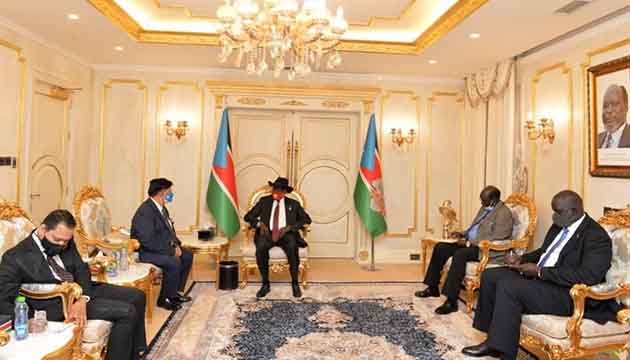 Foreign Minister mentioned the ideals and contributions of the Father of the Nation and the remarkable development of Bangladesh under the leadership of Prime Minister Sheikh Hasina. He offered to share the experience and knowledge of Bangladesh with South Sudan gathered from its journey towards development. They identified agriculture, ICT, education, military cooperation, south-south cooperation, connectivity to be the sectors of priority. 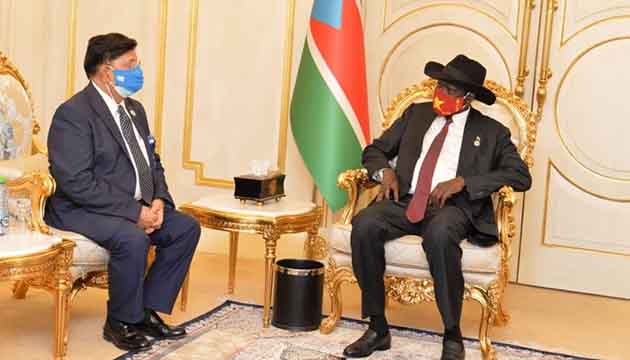 President Kiir recognized the development of Bangladesh and expressed his sincere thanks for the offer of the Foreign Minister to extend support and cooperation. He particularly appreciated the immense contributions made by the Bangladeshi peacekeepers since their independence and the different current infrastructural and social developmental activities of the Bangladeshi peacekeepers in different parts of South Sudan. South Sudanese President invited more investment and engagement from the government and entrepreneurs of Bangladesh and assured his support. He mentioned that South Sudan had a very open foreign policy and requested to take advantage of it. President Kiir also stated that they would consider to reinforce the diplomatic relations by opening representations at both the capitals. He requested to pass his sincere greetings to Prime Minister Sheikh Hasina. Minister Momen invited him to visit Bangladesh at an opportune time.

Dr Momen also met the Foreign Minister of Sudan Ms Dr Mariam al-Sadiq al-Mahdi yesterday. The Sudanese Foreign Minister expressed her deep appreciation for the leadership of Prime Minister Sheikh Hasina especially for her immense contribution towards women empowerment. Both the Foreign Ministers agreed to further intensify the current mutual engagements and agreed to consolidate existing bilateral relations by reinvigorating the different bilateral agreements done all through the years. Foreign Minister Momen offered the expertise and experience of Bangladesh in the sectors of agriculture, ICT and especially peacekeeping. He further offered to train the future Sudanese peacekeepers in Bangladesh based on the vast experience and the excellent facilities available in Bangladesh. He opined that as a part of the effort of Bangladesh to bolster south-south cooperation and connectivity, Bangladesh would extend support to Sudan in the fields of education and trade.

Foreign Minister had also met the Expatriate Bangladeshis in Sudan and called them to participate in the nation-building efforts under the leadership of Prime Minister Sheikh Hasina to realize the dream of Bangabandhu. 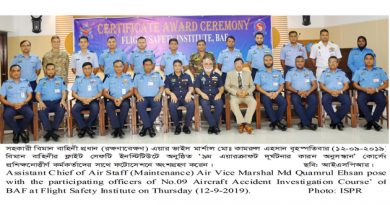 Present government is working relentlessly for further strengthening democracy and speeding up development in the country, says Bangladesh Prime Minister . 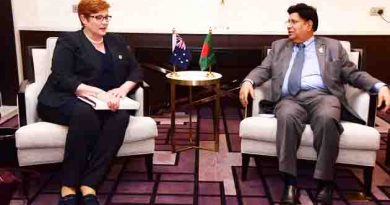