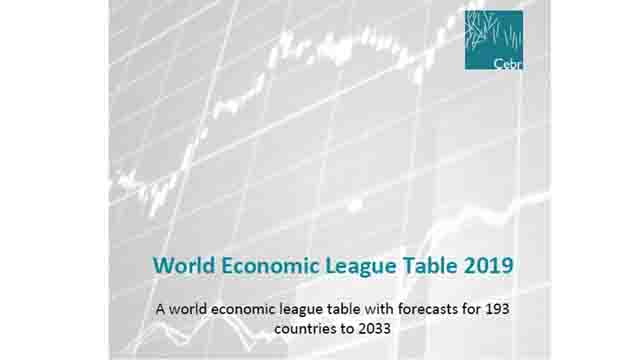 The latest World Economic League Table (WELT) for 2019 provides clear insight into the world economy and the growth prospects and rankings for each of 193 countries to 2033 and is published by the Centre for Economics and Business Research with Global Construction Perspectives and is sponsored by the Chartered Institute of Building. The 10th edition of the WELT shows our growth forecasts for almost all countries in the world to 2033 as well as forecasts for inflation and currencies. A separately available database provides annual data for each of the 193 countries over 30 years from 2003 to 2033. Data is given in both local currency and in USD and is supplied on an Excel platform for analysis. The data is unique in covering 193 countries to 2033.

The World Economic League Table is coveted for its insightful analysis and long-range forecasts that give confidence to business decision making.

We are delighted that WELT2019 is sponsored for a third year by the Chartered Institute of Building, which is the world’s largest and most influential professional body for construction management and leadership with almost 50,000 members in more than 100 countries globally.

This year we are also delighted that five leading companies in the construction and professional services sector – AON, Autodesk, CRH, Ghella and RLB – are Sponsors for WELT2019. Separate company profiles contained in WELT2019 provide insight into each of these our sponsors.

This year’s World Economic League Table has been produced at a time of significant change for the world’s economies and for the construction and engineering sector which is important to growth, productivity and employment for economies in both the developing and developed parts of the world. Global mega projects such as the Chinese Belt and Road Initiative and the Indian infrastructural project that will rebuild the world’s second most populous country are likely to change the shape of the world economy.

The World Economic League Table 2019 gives a ranking of the world’s developed and emerging economies by Gross Domestic Product (GDP) measured in US dollars at market prices to 2033.

To ensure comparability, national output in ‘current US dollars at market exchange rates’ is used – this is a measure of real money rather than statistical constructs such as purchasing power parity or inflation-adjusted prices.

The World Economic League Table 2019 is constructed from long-term country-specific forecasts accounting for 99.8% of world GDP and also looks at near-term developments to seize upon important events.

The Report provides analysis and tables for each country in an accessible format.

A separately available database provides detailed annual data and forecasts to 2033 for GDP, inflation and exchange rates in Excel format for analysis. Data is provided in US dollars in constant prices as well as current prices and includes local currency growth in fixed prices and levels in current prices. Historical data from IMF World Economic Outlook is included for reference.

News coverage of the World Economic League Table published in previous years by the Centre for Economics and Business Research is covered by a large number of leading international press and media including Financial Times, BBC, Sky News, Forbes, The China Post, Die Welt, Le Figaro, The Times and many thousands of news broadcasters globally.

In recent years the World Economic League Table has annually received a huge volume of attention in the press and media in these countries:

Bangladesh has been ranked 41st among the largest economies in the world in 2019, up from the 43rd position since last year, according to an analysis by a UK based think tank.
With United States in the top of the table, China, Japan, Germany and India take the lead as the top five economies, the analysis says.
Like many of the Asian countries, Bangladesh is set to witness a significant economic growth in the next 15 years as the World Economic League Table, published annually by the Centre for Economics and Business Research, or CEBR, in London, forecasts the country will gradually climb up to 36th position by 2023, 27th by 2028 and 24th by 2033.
“We expect annual rates of GDP growth (in Bangladesh) to average 7.0% between 2018 and 2033. This will see the country climb 19 places in the World Economic League Table to become the world’s 24th largest economy by 2033,” said the 10th edition of CEBR report published in December last year.
According to it analysis, Bangladesh has benefitted from garments exports, strong increase in remittances, duty free access to the Indian market, domestic consumption expenditure, government spending.

“Around 43% of Bangladeshis work in the agriculture sector, mostly producing rice and jute. Maize, vegetables and wheat play a smaller albeit growing role in the country,” it said.

But the country “runs the risk of negating gains from its successful export sector through its growing appetite for imports. The current account tipped into a deficit in 2017, and this is expected to widen in 2018,” it added.

The government will also need to explore options on how to increase revenues in order to finance upgrades for infrastructure while maintaining the social safety net, it said.

The country is further grappling with the Rohingya refugee crisis.Meanwhile, CEBR predicts that three of the top five global economies by 2033 will be Asian, with China in top position, India third and Japan fourth. The US will be second and Germany fifth.

Other Asian economies will rise during this period, with South Korea becoming the 10th-largest, Indonesia (12th), Thailand (21st), the Philippines (22nd), and Malaysia (25th), all making the top 25.

“Despite global uncertainty and tightening in US monetary policy, which have pushed down some of the emerging market currencies, the 21st century is still likely to be the Asian century,” said Douglas McWilliams, CEBR deputy chairman and founder.
China is now the world’s second-largest economy, while its per capita income is still only about one-fifth of the average in areas with high incomes.
With the US economy growing faster than expected, the stage at which China takes over top spot has been put back two years from 2030, which was forecast by the World Economic League Table in 2017. 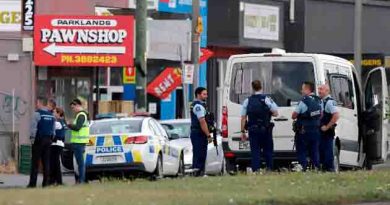 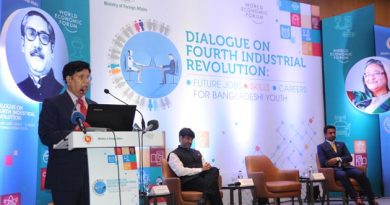 The unprecedented technological advances are opening new opportunities and potential for economies to improve productivity at a rate faster than our imagination : Foreign Minister . 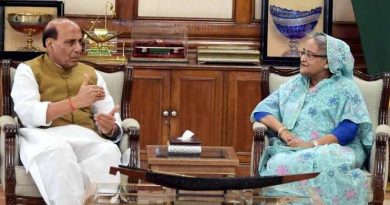 India is committed to extending help in the safe, speedy and sustainable return of Rohingyas to their homes in Myanmar, says Indian Home Minister Rajnath Singh.