Report by Humayun Kabir, from Lisbon, Portugal. ]Bangladesh’s commitment to achieving all targets of Sustainable Development Goal-14: “Conserve and sustainably use the oceans, seas, and marine resources for sustainable development”, while delivering the country statement at the plenary session of the 2nd UN Ocean Conference in Lisbon on June 30, 2022, The Minister of Foreign Affairs of Bangladesh Dr. A. K. Abdul Momen expressed this commitment.

During his statement at the UN ocean conference, the Foreign Minister attached importance to marine science for eradicating poverty, contributing to food security, conserving the world’s marine environment and resources, helping to predict and respond to natural and anthropogenic events, and promoting the sustainable development of the oceans and seas in his statement.

Foreign Minister stated that, under the able leadership and guidance of Hon’ble Prime Minister Sheikh Hasina, Bangladesh settled the maritime boundary issues with both the neighbors and is poised to utilize the resources collaboratively. To eliminate Illegal, Unreported, and Unregulated (IUU) fishing, the government of Bangladesh declared an area totaling about 8.8% of its Exclusive Economic Zone as a Marine Protected Area. It implemented it in its National Plan of Action in 2019. The government has amended Bangladesh Ship Recycle Act 2018 and set a target of compliance with the Hong Kong Convention by 2023. Bangladesh also announced new actions aimed at ensuring safe ship recycling by 2023 and is the first among developing countries to take initiative to ban the manufacture of single-use plastic shopping bags.

Stressing the importance of capacity development and even distribution of scientific knowledge, he viewed those disparities in scientific capacity in terms of financial, technological, and human resources between developed and developing countries must be addressed for sustainable management of the ocean. He affirmed that Bangladesh is ready to cooperate in keeping with its capabilities to actively engage with the developed countries willing to transfer marine science and marine technology on fair and reasonable terms and conditions in accordance with the provisions of part XIV of the United Nations Convention on the Law of the Sea. 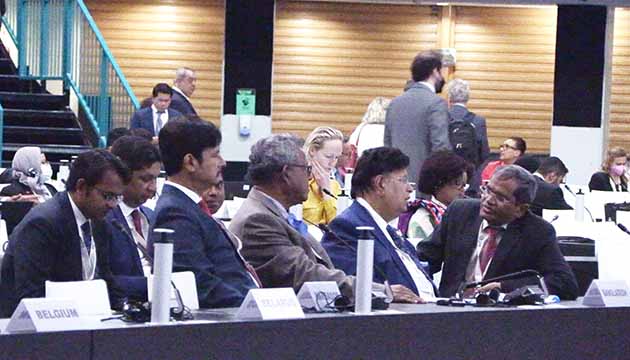 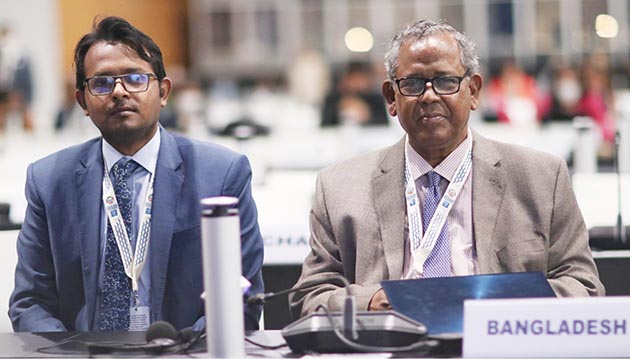 Secretary of the Maritime Affairs Unit of the Ministry of Foreign Affairs of Bangladesh Rear Admiral (Retd.) Md. Khurshed Alam, BN, Bangladesh Ambassador to Portugal Mr. Tarik Ahsan, and other officials were the delegation members accompanying the Foreign Minister at the conference. 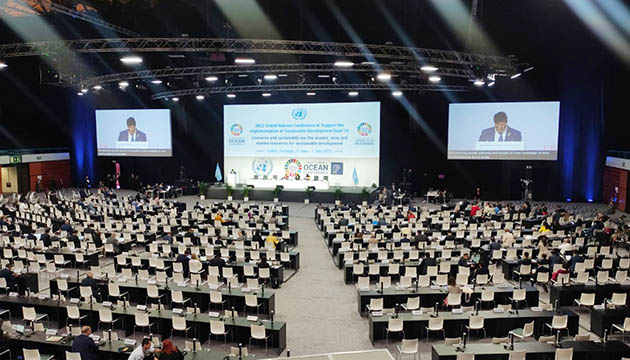 Earlier in the morning, the Foreign Minister arrived in Lisbon on a two-day visit to Portugal to lead the Bangladesh delegation to the 2nd UN ocean conference 2022. 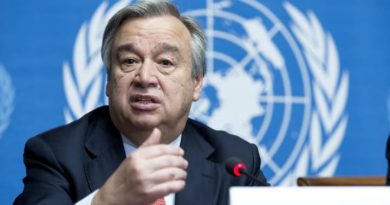 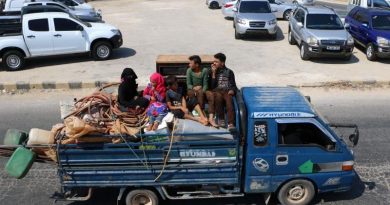 More than 30,000 displaced in Syria’s Idlib after recent Regime: UN