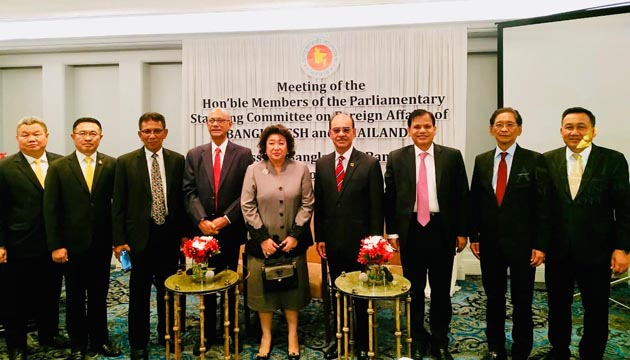 Hon’ble Mr. Muhammad Faruk Khan, MP, Chair of the Parliamentary Standing Committee on Foreign Affairs during his official visit to Thailand on 28-29 October 2019 met Mr. Chuan Leekpai, Hon’ble President of the National Assembly and Speaker of the House of Representatives of Thailand and Gen. SingsukSingpai, Hon’ble First Vice-President of the Senate of Thailand on 29 October 2019 at the Thai Parliament to form opinion for early repatriation of the forcibly displaced Myanmar nationals temporarily sheltered in Bangladesh.Highlighting the humanitarian gesture of the Hon’ble Prime Minister Sheikh Hasina, Mr. Khan briefed the 4-ponit policy direction of the Hon’ble Prime Minister to the Presidentof the National Assembly; and sought their support for early, safe and sustainable repatriation of Rohingya people. He also highlighted the negative consequence of the prolong stay of these Rohingya people in Bangladesh and the ASEAN countries and beyond. He also requested the president to discuss this Rohingya issue with due importance during the next 35th ASEAN Summit to be held in Thailand in the early next month.

Mr. Chuan Leekpai, the President of National Assembly who is also the the Speaker of the House of Representatives of Thailand,reiterated that Thailand would continue her support regarding Rohingya issue possibly in every forum.

During the meeting, Muhammad Faruk Khan, MP, extended the invitation of the speaker of Bangladesh Parliament to the president of Thai national Assembly to visit Bangladesh and Chuan Leekpai gladly accepted the invitation. During the meeting with the First Vice-President of the Senate of Thailand, Mr. Muhammad Faruk Khan, MPsought support for the early repatriation of Rohingyas. Different aspects of Rohingya repatriation were also discussed during this meeting.

Mr. Nurul Islam Nahid, MP and Member of the Parliamentary Standing Committee on Foreign Affairs and H. E. Mr. Md. Nazmul Quaunine, Ambassador of Bangladesh to Thailand were also present in the meetings.

Earlier on 28 October evening, HonbleFarukh Khan, MP and Mr. Nurul Islam Nahid, MP attended an interactive session and dinner at the Hotel Anantara Siam hosted by H. E. Mr. Md. Nazmul Quaunine, Ambassador of Bangladesh to Thailand with Mrs. PikulkeawKrairiksh, Chairperson of the Committee, the Senate Standing Committee on Foreign Affairs of Thailand, selected members of the leading think-tanks and media,and briefed them about the latest situation of the Rohingya and sought their support for repatriation of these Rohingya people. 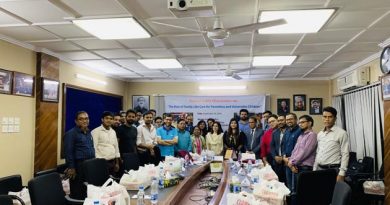 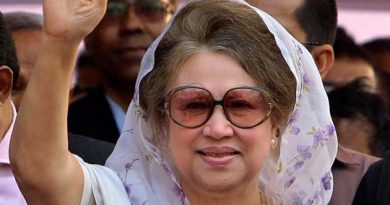 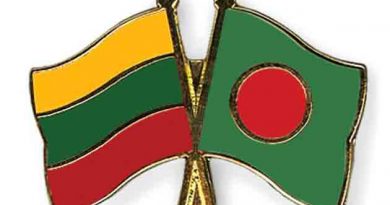