Report By Humayun kabir, Bangladesh and the European Union (EU) held the first Political Dialogue on 24 November 2022 in Dhaka. The Bangladesh delegation at the Dialogue was led by Mr Md. Shahriar Alam,  State Minister for Foreign Affairs, while the EU side was led by  Mr Enrique Mora, Deputy Secretary General, European External Action Service. The launching of the Dialogue marks a widening of cooperation between the two sides into strategic and thematic areas of mutual interest and is a landmark in the Bangladesh-EU partnership which will complete 50 years in 2023.

In view of the increasing importance of EU-Bangladesh relations, including in the international domain, the EU proposed to initiate discussions towards concluding a Partnership Cooperation Agreement (PCA) with Bangladesh. The PCA will enhance the dialogue between both sides on issues of global concern and give more scope for mutually-beneficial cooperation in a wide range of policy and strategic areas. The PCA will give Bangladesh-EU relations a new legal foundation, which is more comprehensive and up-to-date and will respond better to current and evolving challenges. The Bangladesh side thanked the EU for the proposal and expressed readiness to engage in discussions towards concluding a PCA.

During the Dialogue, both sides held comprehensive discussions on a wide range of areas of cooperation, while highlighting the shared values of democracy, fundamental freedoms, rule of law, inclusiveness and respect for human rights. Both sides welcomed that EU-Bangladesh relations have deepened over the last fifty years and thus aimed at broadening the EU-Bangladesh engagement beyond the current priority areas of trade, migration, governance, humanitarian action and development cooperation. Both sides agreed to step up cooperation on climate action, digital transformation, connectivity, and traditional and non-traditional areas of security and agreed that the newly launched Political Dialogue would be held every year, alternately between Dhaka and Brussels, to provide strategic guidance and intensify foreign and security policy cooperation.

The EU appreciated the transformative socio-economic development of Bangladesh and the country’s inherent resilience in the face of multi-dimensional challenges. The EU also commended Bangladesh for its continuing success as the largest beneficiary of the EU’s Everything But Arms (EBA) preferential trade scheme. Bangladesh sought the EU’s support for continued trade preferences under the EU’s new Generalized Scheme of Preferences (GSP) beyond 2029 in order to make its LDC graduation smooth and sustainable.

In this context, the EU stressed the need for comprehensive implementation of the National Action Plan on the Labour Sector of Bangladesh as per the stipulated timelines. Bangladesh underscored its time-bound commitment to ensuring labour rights and workplace safety and also reiterated, among others, the need for ensuring fair pricing and shared responsibility for elements of compliance, especially in view of the investments being made in the country in safer and greener factories.

The two sides exchanged views on countering terrorism and preventing violent extremism. Bangladesh’s side reaffirmed the Government’s policy of ‘zero tolerance against all forms and manifestations of terrorism. Both sides reiterated their common position for adhering to the relevant human rights and humanitarian principles in counter-terrorism efforts. The two sides also discussed the need for deepening cooperation in combating transnational organised crimes, including migrant smuggling, trafficking in human beings and money laundering. Sharing of best practices in this regard, in line with domestic and international laws and obligations, was emphasized.

Both parties underscored that every effort must be made to end the war in Ukraine and emphasised in this context the importance of upholding international law and the UN Charter. The two sides expressed deep concern at the human cost of the war and its impact on the global economy. In the backdrop of the volatile global economic situation, both sides highlighted and prioritized the necessity of enhancing cooperation on food and energy security. In this regard, the role of the UN Global Crisis Response Group (GCRG) on Food, Energy and Finance was flagged, in which the Hon’ble Prime Minister of Bangladesh is one of the six eminent world leaders serving as GCRG champions. The Bangladesh side reaffirmed its interest in broadening cooperation with the concerned EU member states in food production, storage and processing. The two sides exchanged views on their respective efforts to further diversify energy sources. Bangladesh sought the EU’s attention to the country’s need for huge investments on widening renewable energy coverage, including hydropower generation in the region. Progress towards delivering EU support for the renewable energy sector in Bangladesh in line with the “green transition” priority in the multi-annual indicative programme was noted in this context.

With regard to climate change, both sides stressed the importance of achieving the commitments under the Paris Agreement. In particular, they underscored strengthening climate change mitigation as well as adaptation and providing means of implementation, including finance and technology, particularly in view of the renewed pledges under the Sharm el-Sheikh Implementation Plan of COP27. Bangladesh commended the EU’s commitments towards climate action, and particularly for facilitating a breakthrough in COP27 on the critical issue of loss and damage. Both sides agreed to launch the Bangladesh-EU Climate Dialogue at the earliest. Both sides also acknowledged the need for international dialogue and action on addressing the issue of human mobility in the context of climate change.

Partnering on maritime security was considered with a specific focus on Bangladesh engaging in the EU’s CRIMARIO II project. The need for a comprehensive, cross-sectoral and coherent approach to maritime security was emphasized. It was envisaged that future cooperation would include information-sharing mechanisms to counter non-traditional maritime threats. The Bangladesh side also sought the EU’s special attention to harness the benefits of the Blue Economy and to enhance the capability of marine law enforcing agencies to better address Illegal, Unreported and Unregulated (IUU) fishing.

Connectivity, including regional and sub-regional connectivity, digital connectivity, cyber security, direct shipping links and logistics, people-to-people contacts (including education, research and innovation) and the important role of the Erasmus+ programme was discussed. Bangladesh stated its aspiration to become a regional connectivity hub and, in this regard, invited the EU to actively engage with Bangladesh including under its Global Gateway initiative. Bangladesh signalled its readiness to engage with the EU on digital security and data protection and highlighted the pressing need for global norms setting for promoting responsible behaviour in cyberspace.

Bangladesh and the EU welcomed the recent discussions on strengthening cooperation on migration and the recent decision by both sides to launch a comprehensive dialogue on migration including all aspects of migration management. Bangladesh conveyed appreciation to the EU for the intention to launch a Talent Partnership with Bangladesh to boost international labour mobility and the development of talent in a mutually beneficial way. The two sides will intensify preparations in this regard. The two sides also reaffirmed their commitment to countering irregular migration and to continue cooperation on the return and reintegration of Bangladesh nationals without authorization to stay in the EU under the Standard Operating Procedures (SOPs) concluded in 2017.

The EU reiterated its appreciation for the continued generous role and action of the Government and people of Bangladesh for temporarily hosting more than a million forcibly displaced Rohingya from Myanmar for more than five years. Bangladesh thanked the EU for its political and humanitarian support to address this crisis originating in Myanmar. At the same time, Bangladesh highlighted the potential threat to regional security and stability caused by the prolonged stay of the Rohingyas in Bangladesh and underlined the need for the international community to undertake effective actions to create a conducive environment in Myanmar for their repatriation. Both sides stressed the need for the voluntary, safe, dignified, and sustainable return of Rohingyas to Myanmar at the earliest.

The two sides emphasized their commitment to a free, open, inclusive, peaceful, secure and rules-based Indo-Pacific region with shared prosperity for all. The EU’s Strategy for Cooperation in the Indo-Pacific was discussed and both sides agreed to advance cooperation in the areas of shared priority. The two sides also touched upon some regional issues of mutual interest.

Views were exchanged on peacekeeping and conflict prevention, with the two sides noting Bangladesh’s role as a leading nation in UN peacekeeping operations and the EU’s expanding role as a security actor. Both sides stressed the important role of women in the prevention and resolution of conflicts, humanitarian response and post-conflict reconstruction. The EU also recognised Bangladesh’s role as the current Chair of the UN Peacebuilding Commission.

Both sides underlined the importance of effective and inclusive rules-based multilateralism for tackling current and future global challenges, with the UN at its core, and for ensuring a stable trading environment with the World Trade Organisation (WTO) at its centre. Both sides agreed to foster new synergies for jointly contributing to a safer, greener, cleaner, more digital, resilient and stable world, in line with the 2030 Agenda for Sustainable Development.

State Minister Md. Shahriar Alam, MP, thanked the Deputy Secretary General for his visit and expressed optimism towards the exchange of highest-level visits taking place on the occasion of fifty years of Bangladesh-EU relations in 2023. Both sides agreed that the second Bangladesh-EU Political Dialogue will take place in Brussels in 2023 at a mutually convenient date. 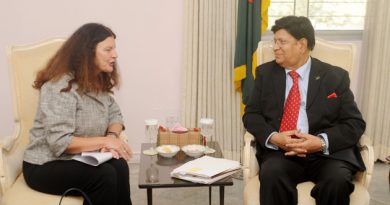 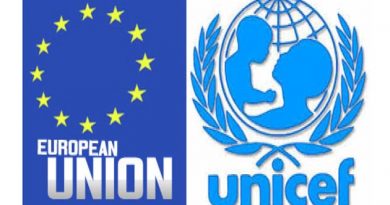 UNICEF & EU launched peacebuilding programme for 20,500 adolescents and youth from the Bangladeshi and Rohingya communities. 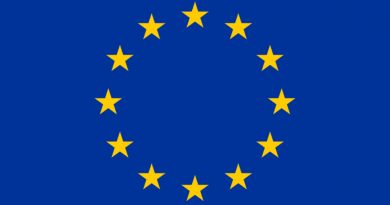