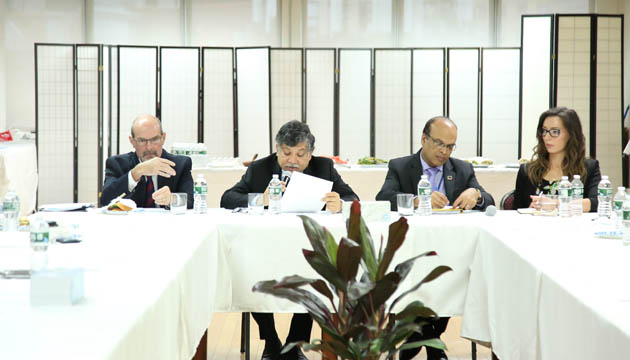 The Permanent Representative of Bangladesh to the UN, Ambassador Masud Bin Momen told a meeting of the ‘Group of Friends on Drowning Prevention’ that Bangladesh would lead from the front to secure a first ever UN resolution on creating awareness on drowning prevention. He stated that this long overdue resolution, if adopted, will encourage Member States and UN agencies towards preventing this menace.

Ambassador Masud was presiding over the Group’s meeting on Wednesday (30 October, 2019) at the Permanent Mission of Bangladesh, which was attended, among others, by 13 members of the Group and representatives from the WHO and London- based Royal National Lifeboat Institution (RNLI). It may be mentioned that the ‘Group of Friends on Drowning Prevention’ is an informal coalition of 15 member states of the UN formed in 2017 to actively promote the Group’s objectives and work to raise awareness about one of the major causes of child injury and death. Bangladesh along with Thailand, Vietnam, Ireland, Fiji and Tanzania formed the ‘Group of Friends on Drowning Prevention’ in New York.

Ambassador Masud, in his remarks, stressed, “we have reduced our child mortality and infant mortality rates, however, if we cannot bring death from drowning to ‘zero’, our successes in primary healthcare, communicable and non-communicable diseases, and therefore, achievement of SDG 3 will remain unaccomplished”. Ambassador Masud mentioned that this global and preventable epidemic secures some much-deserved political space internationally. In this regard, he informed the meeting of the on-going policy actions being undertaken in Bangladesh. Among these, he mentioned about Government’s decision in 2015 declaring that all children should learn to swim. He also mentioned about the establishment of a cross-governmental taskforce on drowning prevention – led by the Ministry of Health and Family Welfare, with representation from 12 departments (including Fire and Civil Defence, Ministries -such as Education, Women and Children’s Affairs, Social Welfare, and Youth and Sports). The task force is currently working to prepare a National Drowning Reduction Strategy which is close to finalisation.

The speakers at the meeting highlighted the gravity of the issue which caused death to at least 4 million children, women and men globally in the last decade alone. They also mentioned that it is a moral, economic and political imperative of the international community to act on drowning. The experts from WHO and RNLI viewed that it is possible to deliver a dramatic reduction in current mortality figures, which will contribute towards achieving SDG targets – particularly on child health.

The Group in its meeting discussed a proposed draft of a resolution on “Drowning Prevention” and decided to move forward to table the resolution during the 74th Session of the UNGA. The members of the Group appreciated Bangladesh’s commitment and leadership to see historic action on this issue. 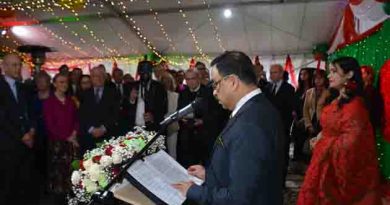 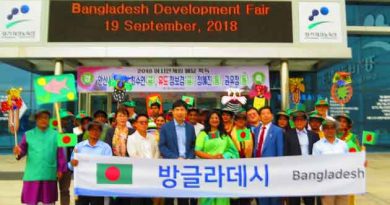 The first ever “ Bangladesh Development Fair-2018” held in Korea 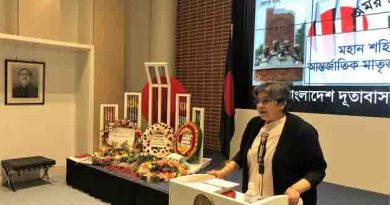