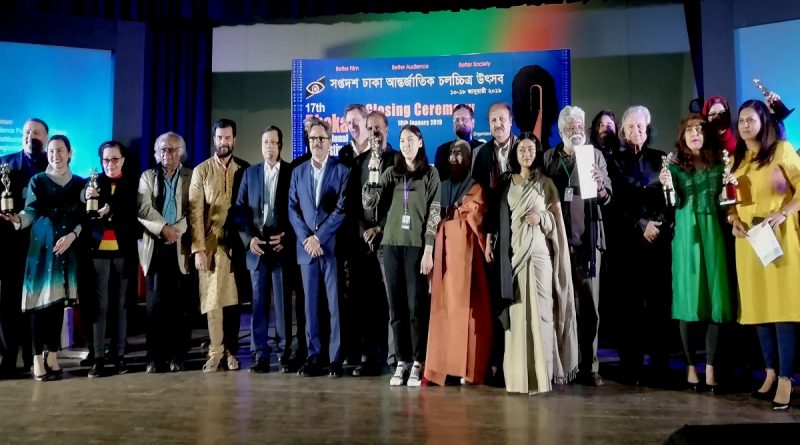 State Minister of Cultural Affairs KM Khalid attended the closing ceremony at the main auditorium of the National Museum as the chief guest. State Minister for Foreign Affairs and chief patron of the DIFF, Shahriar Alam, presided over the session in presence of festival director Ahmed Muztaba Zamal and festival executive committee member M Hamid.

‘Little Prince of Our City’ directed by Talgat Temenov from Kazakhstan won the ‘Best Children Film Badal Rahman Award’ while the ‘Best Audience Award’ was given to ‘EK Je Chilo Raja’ directed by Srijit Mukheji from India.

In the Asian Film Competition Section, ‘Signal Rock’ directed by Chito Rono from Philippines and ‘Shynyrau’ (Deep Well) directed by Zhanabek Zhetiruov from Kazakhstan were awarded the best script and best cinematography. ‘Sofra Sirlari’ (Serial Cook) by Umit Unal and ‘Brothers of Silence’ by Taylan Mintas from Turkey got the Best Actress and Best Actor awards.

‘Darak yry’ (The Song of the Tree) by Aibek Daiyrbekov from Kyrgyzstan won the best film award while Best Director was selected from ‘Dressage’ movie from Iran in the Asian Film Competition.Srijit Mukherji directed ‘Uma’ from India was screened following the closing ceremony of the festival.

Five movies were also screened at different times at public library auditorium. ‘Rising Silence’ directed Leesa Gazi, jointly produced by UK, Bangladesh and India under Women Filmmaker Section will be screened at 7pm.   The short and independent films ‘Toprak’ from Turkey, ‘Man of the Hour’ from the UK, ‘Lao Wai’ from the UK and ‘Made-in-China’ and ‘Rufus King Park’ from the USA were screened at 7pm at Sufia Kamal Auditorium.

At the 17th DIFF, some 220 films from around 72 countries were selected for screening, according to the organisers. The venues of film screening were the Alliance Francaise de Dhaka, Blockbuster Cinemas at Jamuna Future Park, Bangladesh Shilpakala Academy, Central Public Library Auditorium and National Museum Auditorium.

Like previous years, Rainbow Film Society arranged a two-day ‘Fifth Dhaka International Conference on Women in Cinema 2019’ on Friday where woman filmmakers, actors and personalities from all over the world took part.

Alongside, a two-day International Film Critics Federation (FIPRESCI) Asian region conference was held as part of 17th DIFF on January 13-14.The aim of the conference was to motivate and introduce the Asian FIPRESCI members, who are less prioritised and are not getting the privileges properly.

Another very important segment that the 2019 DIFF arranged in continuation of all the previous festivals is the Children’s Film Section.Around 10 fiction films were screened in this segment. These screenings are ideal family outings and were open to all children and adults.

Alongside, a day-long programme ‘WEST MEETS EAST’ was held at DIFF on January 14 at the Dhaka Club Samson Lounge.An international film critic, a prominent festival official, a leading academic and an experienced producer participated in the segment. 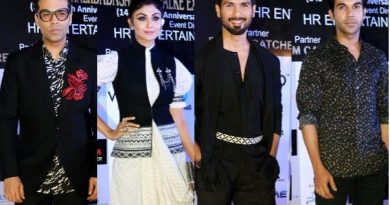 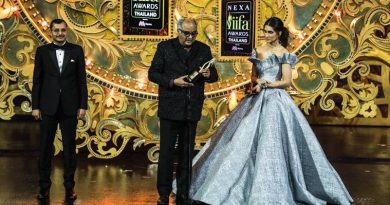