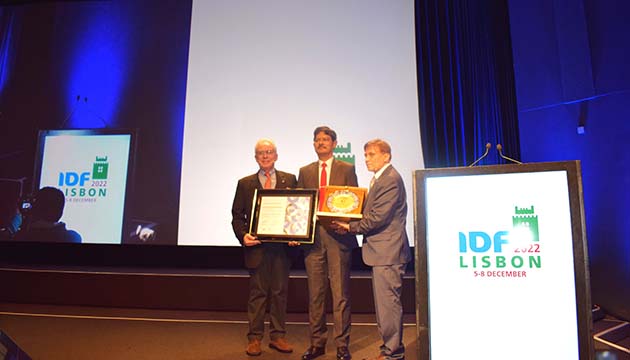 Report By Humayun Kabir, From Lisbon, Portugal. Bangladesh Prime Minister Sheikh Hasina was named the ‘Global Ambassador for Diabetes’ by the International Diabetes Federation (IDF) at the Opening Ceremony of the World Diabetes Congress 2022 held in Lisbon on the 5th of December 2022.

Bangladesh Ambassador to Portugal Tarik Ahsan received the certificate of the honorary title ‘Global Ambassador for Diabetes’, on behalf of Prime Minister Sheikh Hasina, from the President-elect of the International Diabetes Federation (IDF) Prof. Akhtar Hussain.

In his speech on the occasion, Ambassador Tarik Ahsan said that Prime Minister Sheikh Hasina is a champion of people-centric development. He remarked that, under her leadership, Bangladesh has become a role model for developing countries by achieving impressive socio-economic development through human development of the population, particularly in the areas of health, education and women empowerment. He added that, as an important element of human development, the health sector always received special attention from Prime Minister Sheikh Hasina. In this context, the Ambassador referred to the establishment of innovative Community Clinics across Bangladesh as a brainchild of Prime Minister Hasina, to her prudent leadership in the successful navigation of covid19 pandemic and to the awards in the health sector, such as MDG Award, South-South Award and Vaccine Hero Award, among numerous international awards and recognitions, received so far by Prime Minister Sheikh Hasina.

In a video-recorded message played at the event, Prime Minister Sheikh Hasina thanked the International Diabetes Federation (IDF) for the honour and regretted not being able to be present at the event in person. She said that, in Bangladesh, more than 8.5 million people, including children, live with diabetes and related co-morbidities, while the number is around 422 million worldwide. Emphasizing the importance of changing dietary habits and raising public awareness. she said that Bangladesh is giving due importance to diabetes prevention and control through community awareness and implementation of the pro-people health policy. Bangladesh offers free treatment to diabetes patients in public sector hospitals and started offering insulin for free as well. More than 18,000 community clinics and union health centres across the country are equipped with trained professionals and diabetes testing facilities.

Recognizing non-communicable diseases like diabetes as a major challenge for achieving the 2030 Agenda for Sustainable Development, she underscored the need of mobilizing international political will to invest in diabetes prevention, treatment, and research. Prime Minister Hasina expressed her commitment to do her part as the Global Ambassador to bring the matter to the attention of world leaders.

The ceremony was attended by the outgoing President of IDF Prof. Andrew Boulton, the Mayor at City of Lisbon  Carlos Moedas other office bearers of IDF, and participants of the Congress. Participants included doctors, health professionals, and medical personnel.  Many of the participants were from Bangladesh. The event was also attended by officials of the Bangladesh Embassy and members of the expatriate Bangladesh community of Portugal.  while speaking at the  opening Ceremony of the World Diabetes Congress 2022 Lisbon City Mayor Carlos Moedas said, 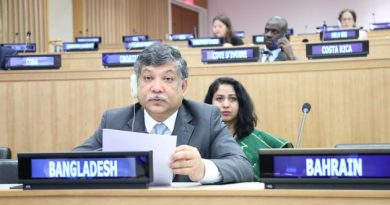 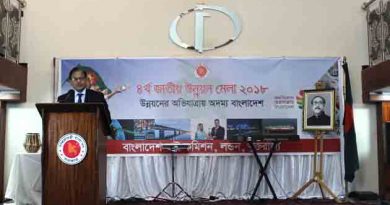 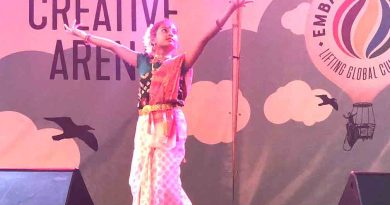