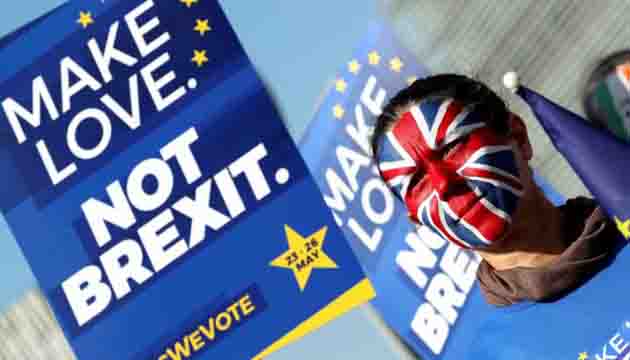 Hundreds of thousands of people are expected to march on the UK Parliament calling for the public to be given the final say on Brexit.

Demonstrators will flood into the London from across the country for the Put It To The People march in Parliament Square on Saturday.

The number of marchers calling for a second referendum could soar to more than one million after estimates for a similar rally in October were as high as 700,000.

Campaigners will march from Park Lane to Parliament Square from 12pm, followed by a rally in front of Parliament.

There, Labour’s deputy leader Tom Watson will tell crowds that he has reluctantly come to the view that the only way to resolve the current impasse is “for people themselves to sign it off”.

“That’s why I’ve come to the reluctant view that the only way to resolve this and have legitimacy in the eyes of the public is for the people themselves to sign it off.

“It can only bring closure if we’re all involved in making the decision.”

Campaigners will pour into London from across the country, with one embarking on a 715-mile journey on ferries, trains and buses from Orkney in Scotland.

Student Sorcha Kirker (27) is the vice president for higher education of the Highlands and Islands Students’ Association, and studies archaeology at Orkney College UHI.

She said she will be joined by about 30 other students from the University of the Highlands and Islands.

She said: “Personally I think it’s really unfair because predominantly students and young people don’t want Brexit, and many were not old enough to vote in 2016, yet we are the ones whose futures it will affect for the longest.”

The march comes on the same day pro-Brexit campaigners will continue their long hike from the North East to London, with former Ukip leader Nigel Farage re-joining the March to Leave when it sets off from Linby, near Nottingham, on Saturday morning.

The day of Remain and Leave demonstrations come at the end of a week when EU leaders agreed to delay Brexit to give prime minister Theresa May a final chance to get her deal through Parliament.

Under the plan set out at the EU summit, leaders agreed to extend Brexit to May 22nd if Mrs May can finally get MPs to back her deal in a third Commons “meaningful” vote.

However, if she fails the UK will have to set out an alternative way forward by April 12th, which could mean a much longer delay — with the UK required to hold elections to the European Parliament — or leaving without a deal at all.

Mrs May has admitted she may not garner enough support to get her twice-defeated Brexit deal through the Commons next week.

The prime minister wrote to MPs warning that if there is insufficient support for her Withdrawal Agreement in the coming days that she could seek an extension to Britain’s EU membership beyond the European Parliament elections.

A petition calling on the Government to halt the Brexit process had passed three and a half million signatures on Friday evening. 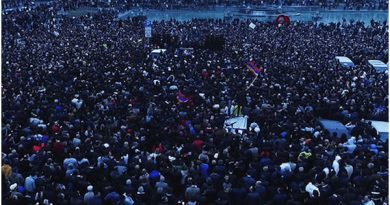 The Royal Wedding – 2018. Prince Harry and his actress girlfriend Meghan Markle are getting married in May 19, 2018. 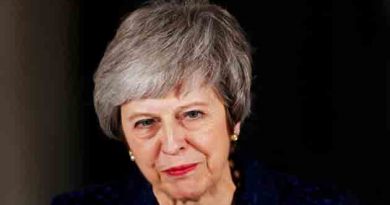 Theresa May in Brussels for EU summit