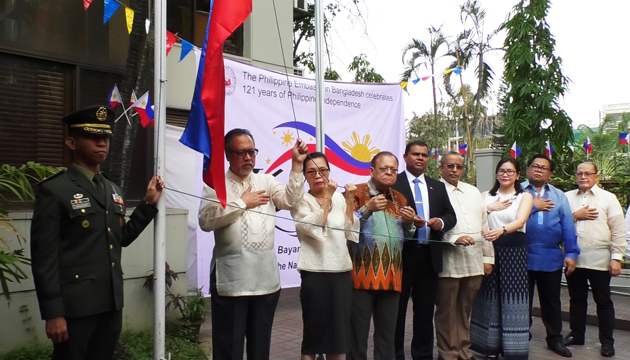 Report by – Humayun Kabir, from Dhaka. 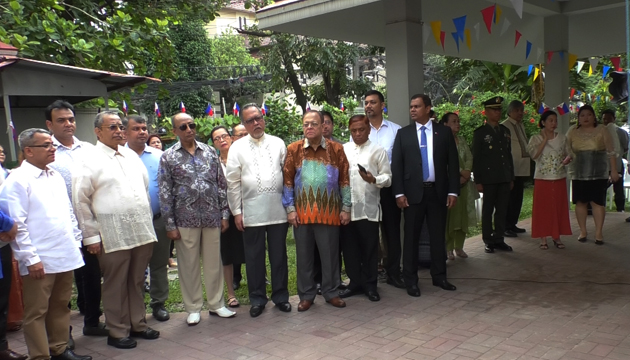 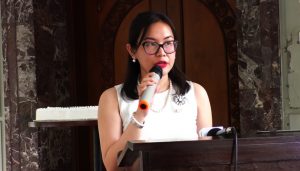 Later, Philippine Ambassador Vicente Vivencio T. Bandillo and counsellor  LV DE Guzman read out the messages of the President of the Philippines and the Secretary of Foreign Affairs at the function. 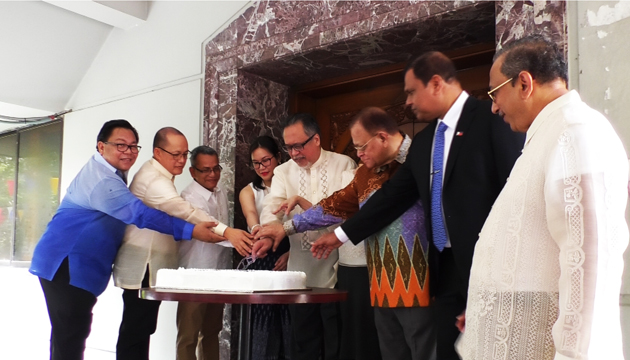 On the occasion of an auspicious celebration of the 121st Anniversary of the Proclamation of the Philippine Independence, an anniversary cake was cut by the Ambassador along with other dignitaries present. 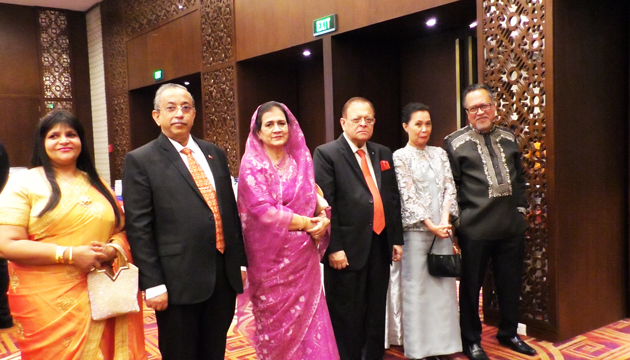 In observance of the 121st Anniversary of the Proclamation of the Philippine Independence , the Philippine Embassy in Bangladesh hosted a reception in the evening (12 June 2019)  at the five-star Radisson Blu , Dhaka . Philippine Ambassador to Bangladesh Vicente Vivencio T. Bandillo, his lady wife and officers of the Embassy welcomed the guests at the ceremony. 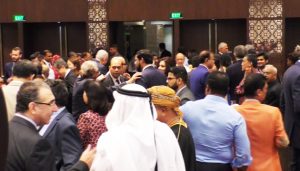 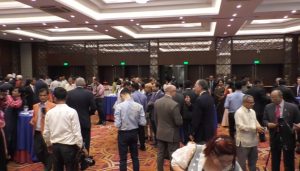 Hon’ble Minister of Railways of the People’s Republic of Bangladesh Nurul Islam Sujan attended the reception as the Chief Guest. The reception was also attended, among others, by Parliamentarians, Ambassadors and High Commissioners, diplomats and defence advisers of different Embassies and High Commissions, Heads of International Organizations, high civil and military officials, friends of Philippines , businessmen, journalists, members of civil society, cultural community and social elite of Bangladesh ,  Philippines students, officers and officials of Philippine Embassy along with their spouses and expatriate. 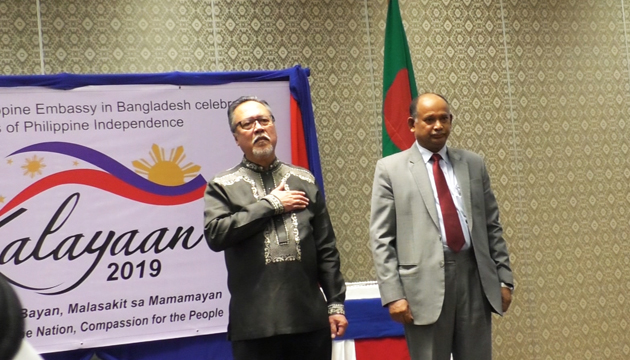 The official part of the reception included playing of national anthems of Philippine and Bangladesh. 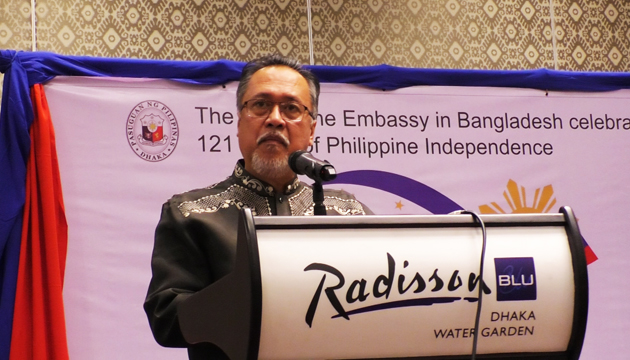 Philippine Ambassador Vicente Vivencio T. Bandillo , in his speech, said Filipinos around the world celebrate this day with solemn thankfulness as we remember the sacrifice and struggle of our forefathers and reaffirm our commitment to preserve the freedom and democracy for which our forefathers and revolutionary heroes fought and died.

It is my honor to say that I spend my life as an Ambassador with the Philippines’ modern-day heroes—our Overseas Filipinos—who, much like the heroes of our past, strive and make sacrifices with the hopes of an abundant future for their families back home.

He added that, During my term as the Philippine Ambassador to Bangladesh, I am pleased to have observed that our countries have continued to reinforce our friendship in a number of ways.

The Philippines and Bangladesh now enjoy revitalized and reinforced friendly relations and we are hopeful that our ties will continue to strengthen in many areas of cooperation.

The Philippines has expressed our keenness to have increased trade with Bangladesh, which we are confident to achieve in the coming years through our engagements with the government of Bangladesh and the private sector.

We expect to receive more visitors from Philippine companies and investment missions here in Bangladesh starting this year.

Mentioning the cultural cooperation between the two countries the Ambassador said Our friendship is also underlined by our cultural cooperation and exchanges. The Philippines and Bangladesh recently signed the Cultural Exchange Programme for the Years 2018-2020, which should continue the string of cultural exchanges between our countries, which have included so far: a Tourism and Education Roadshow, which established friendly links between Philippine and Bangladeshi medical schools and institutions; a cultural appreciation visit and performance by the internationally-renowned Loboc Children’s Choir. This performance in Dhaka was their first in the South Asian region.

We have seen our partnership with Dhaka University’s Department of Theatre and Performance Studies bear fruit during the visit of theater writers and performers from the Kasing Sining Foundation from Bohol, Philippines,  which promoted inter-artist appreciation activities and stage performances with themes on disaster resilience and natural and earth elements; successful lecture series with the Bangladesh Film and Television Institute, which promoted active and candid talks and dialogues between the Bangladeshi creative community and visiting Filipino filmmakers, writers, producers and talents.

Sustained exchanges with cultural and educational agencies, including the Ministry of Cultural Affairs, National Museum and the Department of Public Libraries, which led to the establishment this year of the first ever Filipiniana Section at a public library in Bangladesh and the screening of Filipino films in Dhaka. 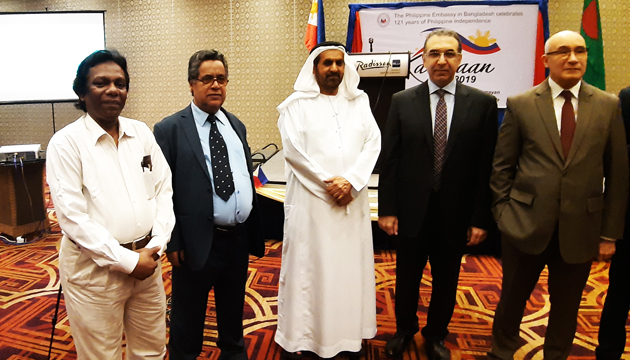 Our friendship with the Ministry of Cultural Affairs and the Ministry of Women and Children Affairs drew support for the conduct of activities that promoted gender and development awareness, including the first inclusive gender-themed marathon in Baridhara, and a separate program where we learned from each others’ experience regarding ways to raise awareness on the compatibility of cultural and traditional roles of women in religiously homogeneous countries with gender development models and goals.

Vicente Vivencio T. Bandillo added that, These testaments to our warm relations came naturally as Filipinos and Bangladeshis have common experiences and aspirations. We are peoples that put families first, face risks and venture for work abroad so that our loved ones will have better opportunities in life.  Bangladeshis, much like Filipinos,  also embody courage and compassion every day.

To the people of Bangladesh–I stand with you, in our shared aspirations for enhanced bilateral ties through sustained people-to-people exchanges, cultural cooperation, education partnerships, trade facilitation, and tourism development initiatives.

To my fellow Filipinos in Bangladesh, I admire you in your efforts to preserve the Philippines’ heritage, culture, and ideals for the future despite being in a faraway land, and for contributing in building the progressive Philippines as you personify the modern day Bagong Bayani. I am inspired by your courage and compassion, and you embody tonight’s theme every day. 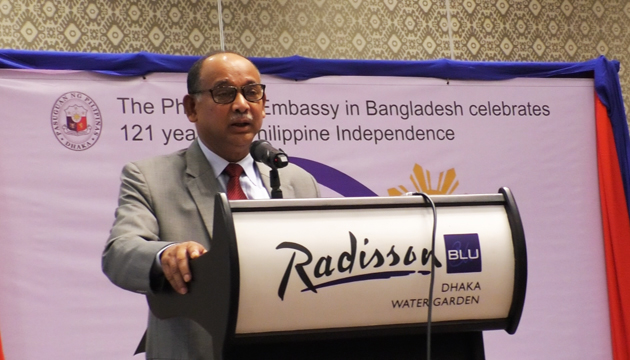 The Chief Guest, Hon’ble Minister of Railways of the People’s Republic of Bangladesh Mr. Md. Nurul Islam Sujan congratulated the government and the brotherly people of Philippine on the Independence day of Philippine and wished progress and prosperity of the people of Philippine.The Philippines was among the first countries recognized Bangladesh immediately after our victory in the historic liberation war in 1971. After the establishment of our formal diplomatic relations on early 1972, our bilateral relations have advanced to a remarkable extent in the last four decades.

He added that , Let me recall the stopover of our Father of the Nation Bangabandhu Sheikh Mujibur Rahman in Manila in 1973, on his way back to Dhaka from Tokyo to express his gratitude to the friendly people of the Philippines for their spontaneous response in recognizing Bangladesh. I also recall the milestone visit of the Filipino President Fidel V. Ramos to Bangladesh in March 1997. Hon’ble Prime Minister Sheikh Hasina reciprocated a return visit to the Philippines in September in the same year. Hon’ble Prime Minister Sheikh Hasina again visited the Philippines in 2005 as personal guest of late President Corazon Aquino. 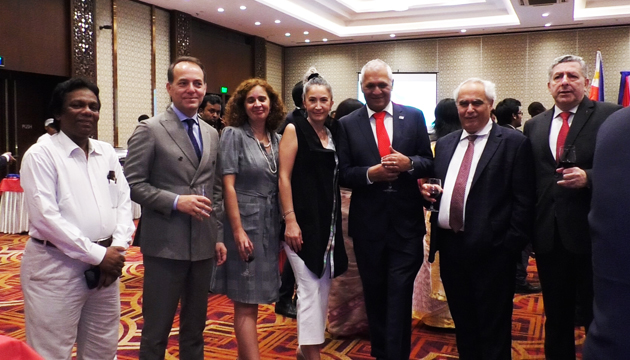 Minister said in the program, Bangladesh and the Philippines enjoy excellent bilateral relations which are characterized by shared aspirations for democracy, security, and economic prosperity. Steady growth in bilateral trade, increased number of high political level interactions and greater people-to-people contacts bear testimony to these warm relations which have been growing from strength to strength in all dimensions. Bangladesh and the Philippines have sound trade relations with tremendous potential for further growth.

The government has taken up several projects to develop its railway sector too. To develop the communication, Bangladesh governments build 571.30 km new railway lines across the country. Bangladesh Railways has taken a project to launch a high-speed train by June 2025 will run at minimum speed of 300 km per hour from Dhaka to Chittagong and Cox’sbazar. Moreover, the government is committed to connecting the Mongla seaport with the Chittagong port through railway, which will also build a network between the neighboring countries of India, Nepal, Bhutan and Myanmar.

Md. Nurul Islam Sujan said, I firmly believe that frequent interaction of the business communities of both countries and single country trade fairs in respective capitals will boost the trade between our two countries. Through these initiatives, we will be able to find out a new avenue of trade. I will urge upon the business community of Philippines, through H.E Vicente Vivencio Bandillo, Ambassador of Philippines in Dhaka, to take the opportunity to invest in Bangladesh and to import more quality products from Bangladesh for the benefits of the people of both the countries. 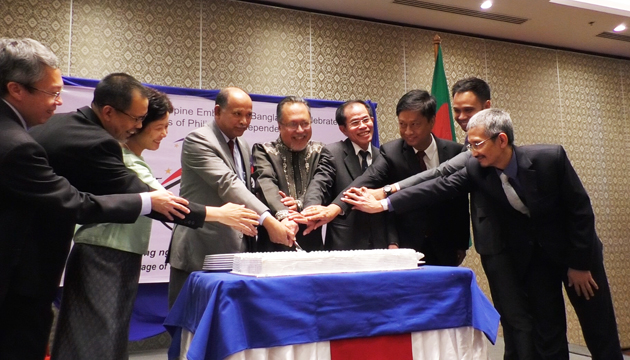 Later , On the occasion of the celebration of the Philippines Independence Day-2019, an anniversary cake was cut by the chief guest of this programme Mr. Md. Nurul Islam Sujan in the presence of diplomats from different embassies. 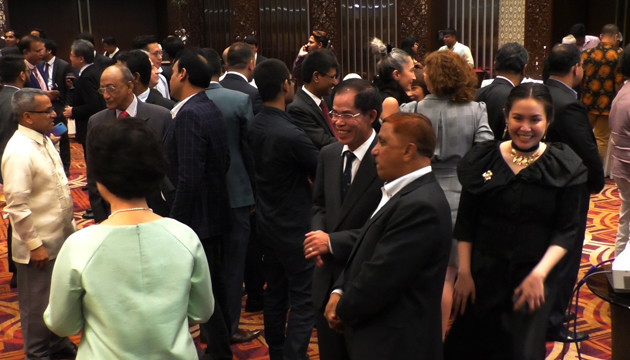 The day-long programme was rounded off with a buffet dinner where various Philippines delicacies were served.

It may be mentioned that One of the most significant dates in Philippine’s history is Independence Day because it marks the nation’s independence from the Spanish rule on June 12, 1898. Filipinos celebrate it annually on June 12. 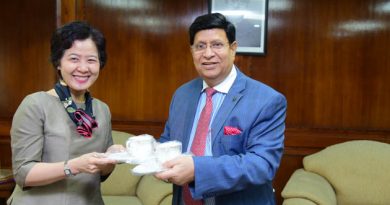 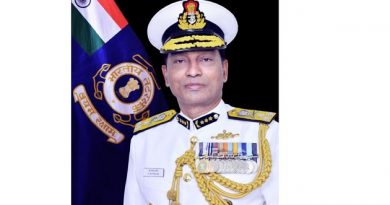 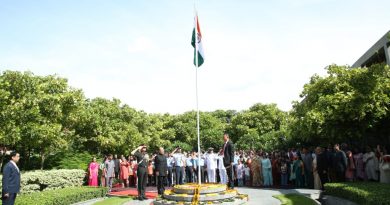