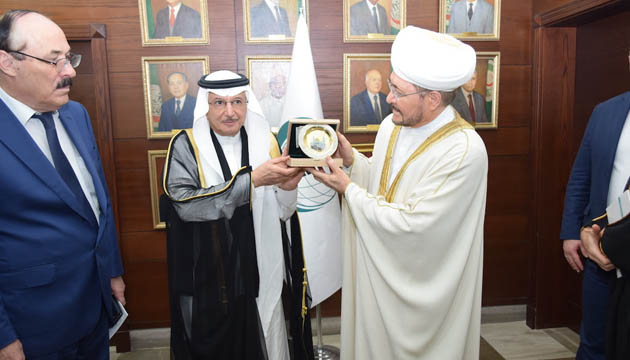 Secretary General of the Organization of Islamic Cooperation (OIC), Dr. Yousef A. Al-Othaimeen held a meeting on 7 November, at the OIC headquarters in Jeddah, with His Eminence Sheikh Rawi Ayn Al- Deen, Chairman of the Muftis Council in Russia and head of the Religious Board for Muslims in the Russian Federation.
Sheikh Ayn Al-Deen conveyed to the OIC Secretary General the greetings of H.E. President Vladimir Putin and the Russian Minister of Foreign Affairs, Sergei Lavrov, along with the sincere desire of the Russia leadership to develop and promote relations with the Islamic world.
On his part, the Secretary General expressed his appreciation to the Russian leadership and highlighted the importance of consolidating relations between Russia and the Islamic world, bearing in mind that Russia accounts for over 25 million Muslims well integrated in the plural, multicultural and multi-faith society, well known for its diversity and tolerance.
The two parties exchanged views on subjects related to expanding cooperation between Russia and the OIC in the intellectual, cultural, media and other fields, through the execution of joint programs that include events and activities conducive to further rapprochement between Russia and the Islamic world, and that would contribute to projecting an authentic image of Islam, as a faith which advocates moderation and rejects fanaticism, extremism and terrorism.
It is worth noting that, Russia has a permanent diplomatic mission to the OIC General Secretariat, having acceded to the OIC observer status since 2005. 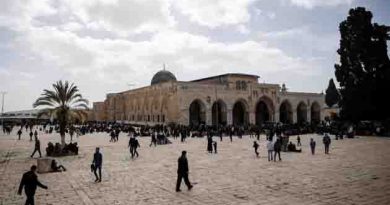 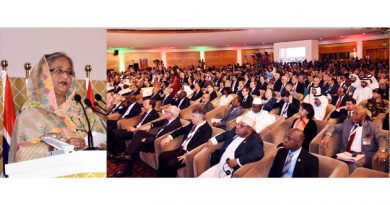 OIC countries should resolve all conflicts peacefully and solve all issues politically without giving any scope of interference and intervention to detractors : Bangladesh Prime Minister.

Al-Othaimeen: Activities of extremist groups have declined after victory over Daesh