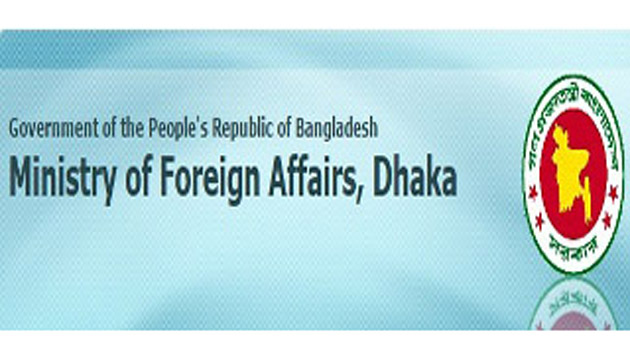 Continued rally of fabricated information, misrepresentation of facts, unsubstantiated claims, and unwarranted accusations to unjustifiably shift the onus of the Rohingya crisis on Bangladesh testifies the campaign of the Government of Myanmar to avoid its obligations to create an environment in Rakhine conducive for the sustained repatriation and reintegration of the forcibly displaced Rohingya in their homeland. At a recent press conference on 15th November 2019 by the Ministry of the State Counsellor’s Office of Myanmar, the spokesperson made another venture to unduly attribute the non-commencement of repatriation of the Rohingya entirely to non-cooperation and non-respect of bilateral arrangements by Bangladesh. Even they went further to resort to intimidation and harsh criticism of the international community for the recent initiatives on the accountability of the perpetrators for atrocity crimes.

It is an established fact that the Rohingya crisis resulted from systematic disenfranchisement and brutal persecutions of this religious minority by the successive regimes in Myanmar. Continuation of the same by the present government is the sole reason for the gravity of the crisis.The crisis originated in Myanmar and thus the solution entirely lies there. None other than Myanmar should be responsible for the prolongation of the crisis. Bangladesh has no interest in delaying the repatriation. The sincerity of Bangladesh in facilitating the earliest repatriation of Rohingya as per bilateral instruments has been unquestionably established through its actions.

In the presence of Myanmar official in Cox’s Bazar during the repatriation attempt in August 2019, the Rohingya made it clear to the world media that they possess strong desire to voluntarily return to their ancestral homeland if and only if they are assured of safety, security and sustainable living in Rakhine. Myanmar must stop exerting pressure on Bangladesh for cooperation in forcible deportation.

Despite disappointing experiences in the past and greater challenges ahead, Bangladesh again primarily relied on bilateral engagements with Myanmar and concluded two instruments on return. As per bilateral instruments, Myanmar is under obligation to bring back normalcy in Rakhine and create an environment conducive for repatriation and reintegration of the Rohingya addressing the root causes, including safety and security, citizenship, freedom of movement, access to basic services and livelihood, return to places of origin or any nearest place of their choice. Moreover, Myanmar is entirely responsible to encourage the displaced Rohingya to return voluntarily inappropriate manner. Unfortunately, Myanmar has utterly failed to demonstrate any political will to fulfil its obligations and try the shift the onus on Bangladesh.

Myanmar’s Claim of return of a handful number of people, who are not verified, using their personal contacts with Myanmar officials does not testify any improvement of the ground reality in Rakhine. A recent comprehensive report on these returnees by Radio Free Asia rather reveals total lack of preparedness in ensuring a conducive environment on the part of Myanmar Government. While Myanmar claims that the situation in Rakhine is conducive enough for repatriation, it must allow the international community including UN officials, international media, and representatives of the prospective returnees to visit the places of return to assess the ground reality and help the returnees making an informed choice.

Myanmar always alleges that Rohingya do not dare to express their desire to return due to intimidation and negative propaganda by ARSA elements and NGO staff. It is totally baseless and must have originated out of some ulterior motif. The Government of Bangladesh has taken adequate measures to ensure that the potential returnees are able to express their views on return without any influence or threat from any quarter. Myanmar is carrying out such propaganda to avoid its responsibility and misguide the international community. There are no ARSA activities at Rohingya camps. It is not possible to operate terrorist bases anywhere in Bangladesh because of high alertness and effective preventive measures by the security forces in the line with “zero- tolerance policy” of the present Government under the Hon’ble Prime Minister Sheikh Hasina.

Myanmar and Bangladesh have agreed in bilateral Arrangements to refrain from conceiving and implementing any policy which is discriminatory to any particular community. For the matter of return and reintegration, same procedure should apply to everybody, regardless of ethnic-religious identity and without discrimination. It is pertinent to note that Myanmar has so far verified only 65 out of about 450 Hindu sheltered in Bangladesh. Before alleging Bangladesh of not sending Hindu, they should have completed verification of past residency of all these people. The Government of Bangladesh always stands ready to extend all possible cooperation to those who volunteer to return.

If Myanmar were really sincere about the repatriation, they must have by now arranged return of about 4,200 Rohingya from the “no man’s land” at Bangladesh-Myanmar border and resettled around 140,000 individuals from IDP camps in Rakhine to their respective places of origin. To rehabilitate and reintegrate these people into their societies, Myanmar does not need any involvement of Bangladesh.

Bangladesh will continue allowing access to the ‘Independent Commission of Enquiry’ (ICOE) of Myanmar including its Evidence Collection and Verification Team (ECVT), although reports of such previous enquiry bodies were highly controversial. If Myanmar is really sincere to ensure justice and end the culture of impunity, it should extend full cooperation for ongoing international accountability initiatives.

The Government of Bangladesh has consistently been pursuing the policy of good neighbourhood to resolve the protracted crisis through dialogues. Unjustifiable accusations on the part of a party, who is solely held responsible for the crisis, are totally unacceptable. The Government of Bangladesh rejects such baseless accusation, falsification, and misrepresentation of facts. The Government of Myanmar must stop such concocted campaign and rather concentrate on the fulfilment of its obligations so that the forcibly displaced Rohingya could return home in a safe, dignified and voluntary manner. 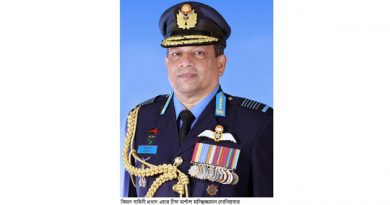 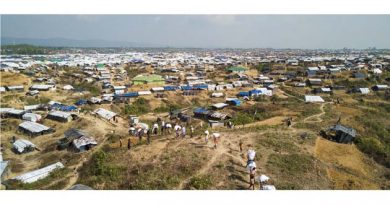 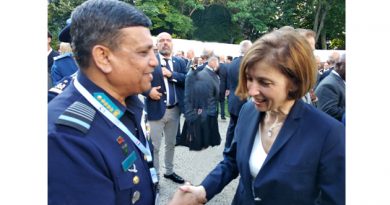 Sadia Faizunnesa is the next Ambassador of Bangladesh to the Federative Republic of Brazil.

The Government has decided to appoint Ms. Sadia Faizunnesa, currently serving as the Consul General of Bangladesh in New York, as

Bangladesh and the US aim to advance energy cooperation

Bangladesh Embassy in Ankara releases postage stamps with photographs in memory of Father of the Nation Bangabandhu Sheikh Mujibur Rahman in Turkey.

Bangabandhu Corner is established at Yonsei University in Seoul.

In the next 6 months, the Rise Up platform brings together mentors, innovators, entrepreneurs, investors from India and Bangladesh – the Indian High Commissioner to Bangladesh.