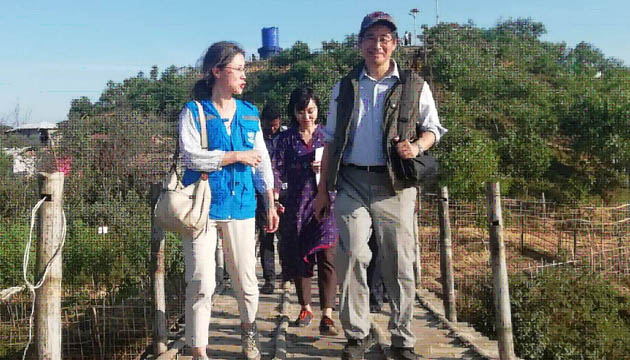 On November 5th, Newly appointed Japanese Ambassador Naoki Ito visited the camps of the displaced persons in Cox’s Bazar. It is the first visit for him since his arrival in Dhaka last month.

“The situation surrounding the people in the camps I have just visited is extremely severe. I would like to emphasize that Japan and its people would not hesitate to extend our hands to all those who are suffering from the situation, and stand with them with the view of realizing early repatriation to Myanmar in a safe, voluntary and dignified manner. I would also like to express my sincere respect to the staffs of international organizations and NGOs who devote themselves to help the displaced persons under such severe condition.” He mentioned after his first visit to the refugee camps.

Since the massive influx of displaced people into Bangladesh in August 2017, the Government of Japan had granted approximately USD 99.2 million to International organizations and NGOs supporting the camps in Cox’s Bazar for the displaced people and the host communities by providing food, shelter, medical services and human-resource trainings, etc. 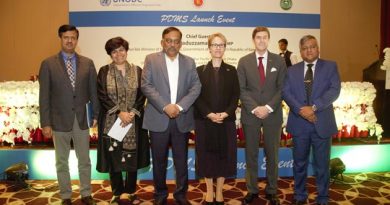 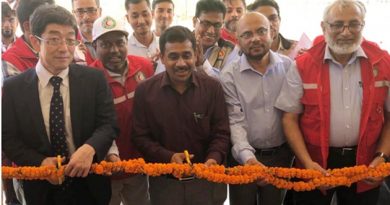 British High Commission in Bangladesh has installed digital message boards in the arrival areas of Dhaka and Sylhet airports, these boards will also display emergency helpline 999.