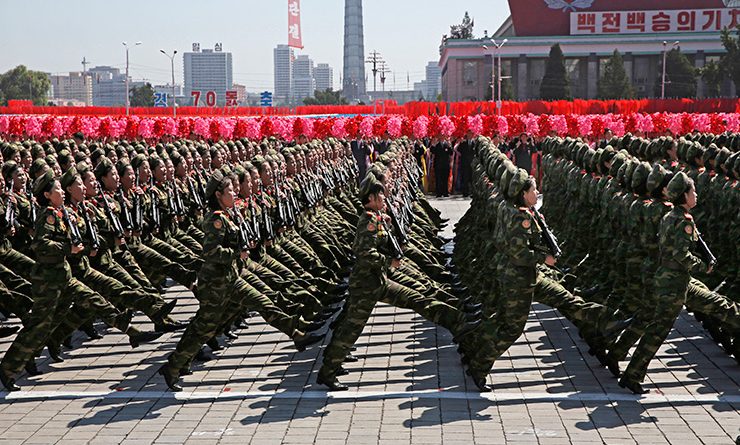 North Korea did not showcase intercontinental ballistic missiles (ICBM) in its military parade held in Pyongyang, Sunday, marking the 70th anniversary of the communist regime’s founding.
Pyongyang also did not provide live coverage of the event, which began around 10 a.m., ended before noon.
Analysts said the event being held low key is seen as considering ongoing talks with the U.S. Washington, is known to be uneasy with the ICBMs, which are believed to be capable of reaching U.S. mainland. North Korea and the U.S. are engaging in dialogue after leaders agreed to work toward the former’s complete denuclearization at a summit in June. The talks are currently stalled due to differences over initial steps to be taken in the denuclearization process. 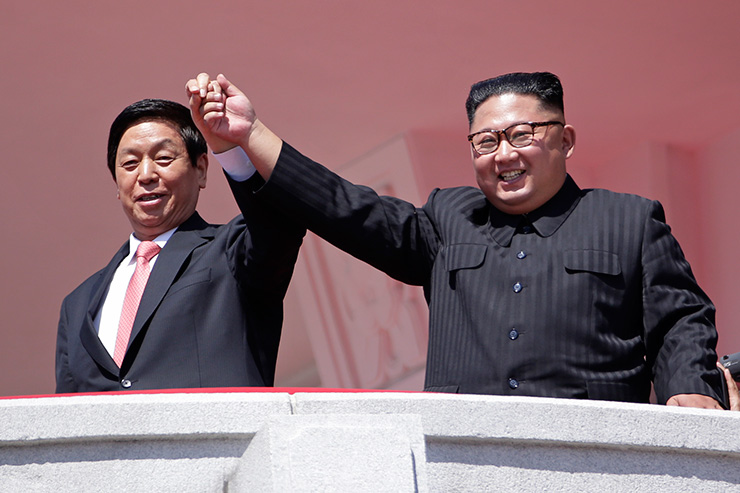 Kim did not deliver a speech at the parade, the regime’s nominal leader Kim Yong-nam made an address instead. The speech did not make references to North Korea’s nuclear program, but stressed its economic goals, according to an AP report.
High-level officials of China, Russia, Cuba and 140 journalists of the foreign press were invited to the parade.
Other weapons including short-range battlefield devices were reportedly incorporated into the parade. The size of the military forces in the parade was slightly larger than 12,000 at the military parade in February, according to intelligence sources.
At the parade marking the founding of its military forces on Feb. 8, North Korea showed off two types of missiles comparable to ICBMs.
“In his new year address the North Korean leader stated the regime would hold a massive founding day event, Shin Beom-chul, senior fellow of The Asan Institute for Policy Studies said. “However, the parade did not feature ICBMs, and Kim Jong-un did not deliver a speech _ this is seen as efforts to continue the dialogue momentum with the U.S.,” he said.
Professor Park Won-gon of Handong Global University said the low-key parade had been expected.

“ICBMs are what the U.S. is sensitive about and U.S. President Donald Trump has been stating that threats from North Korea to the U.S. mainland have been removed,” he said.
“Displaying ICBMs would send the wrong message that could endanger the talks with the U.S. amid letters being exchanged between the leaders.”
Reports on Sunday cited the U.S. President as saying a letter from the North Korean leader was on its way to be delivered to him.
Professor Park added North Korea is in an isolated position in diplomacy, as Chinese President Xi Jinping _ the leader of the regime’s closest ally _ did not attend the event.
China’s Li, and Valentina Matviyenko, chairwoman of Russia’s Council of Federation, attended the foundation day event, along with high-level officials of several other countries.
Xi and Russian President Vladimir Putin sent a congratulatory message to the North Korean leader, the Korean Central News Agency (KNCA) reported Sunday.
The Chinese leader stated his willingness to seek the development of relations between China and North Korea with Kim Jong-un, “to provide both countries and it peoples with greater well-being and facilitate peace and stability in the region.”
Putin, in his congratulatory message, stated cooperation with North Korea would contribute to the “boosting stability and security of the Korean Peninsula and Northeast Asia.”
Meanwhile, the North Korean leader visited the Kumsusan Palace of the Sun in Pyongyang, Sunday, the KCNA reported.
The palace houses the remains of the late North Korean leader Kim Jong-il and founder Kim Il-Sung _ Kim’s father and grandfather.
It is the incumbent leader’s first visit to the palace since 2012. 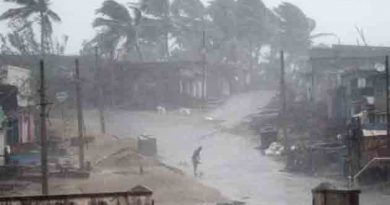 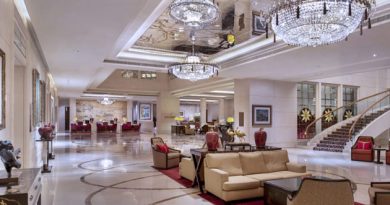 Where’s Kim Jong Un staying during the summit? A peek inside the St. Regis Singapore . 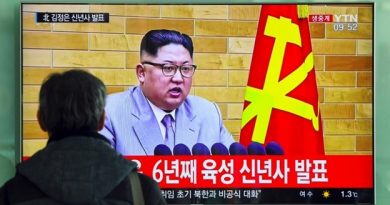