Embassy of the Republic of Indonesia FOREIGN MISSIONS IN BANGLADESH
August 19, 2021 TWNEWS24 0 Comments

The outgoing ambassador of Indonesia to Bangladesh  Ms.  Rina Prihtyasmiarsi Soemarno today paid a farewell call on Foreign Minister Dr. A  K Abdul Momen, MP. Dr. Momen congratulated the Indonesian envoy on her successful completion of the assignment in Dhaka and thanked her for various initiatives to take the bilateral relations to a newer height.

Terming Indonesia as an important partner of Bangladesh in the South East Asian region, Dr. Momen suggested that the multi-faceted relations could be expanded if more people to people contacts take place and barriers in trade and investment are removed. He sought Indonesia’s support towards Bangladesh’s bid to become a Sectoral Dialogue Partner of the ASEAN. Dr. Momen said that as a natural bridge between South and Southeast Asia, Bangladesh is a genuine candidate to become a Dialogue Partner of the ASEAN.

The Indonesian Ambassador agreed that Bangladesh has attained miraculous economic progress. She was highly appreciative of the Government of Sheikh Hasina for the recent medical supplies to Indonesia in the latter’s battle against Covid-19. She said that the brotherly people of Indonesia would always remember with gratefulness this nice gesture of Bangladesh.

Foreign Minister Dr. Momen thanked Indonesia for the humanitarian support extended to the Rohingyas and sought political support from Indonesia on the repatriation issue. He requested Indonesia to remain pro-active in the ASEAN platform to convince Myanmar for creating a conducive environment for safe, dignified, and sustainable repatriation of the Rohingyas. Dr. Momen suggested that an ASEAN-led observer team may be deployed in the Rakhine State to oversee the repatriation process.  The Bangladesh Foreign Minister also said that since there was no major violence in the Rakhine State in the last four years, repatriation can start under the supervision of a neutral international body. The ambassador assured to remain engaged on the issue and continue Indonesia’s support for a durable solution to the crisis.

Dr. Momen suggested that next year the two countries may jointly celebrate the golden jubilee of the diplomatic relations. Yesterday the envoy also called on the State Minister for Foreign Affairs Mr. Md. Shahriar Alam, MP. During both the meetings, she thanked the Government of Bangladesh for the nice support extended to her during her tour of duty.

ASEAN Day 2019: The ASEAN Dhaka Committee commemorates the 52nd anniversary of the founding of ASEAN. 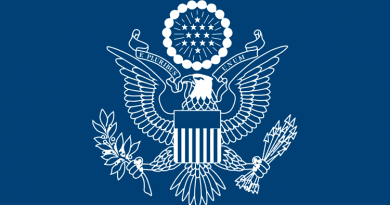