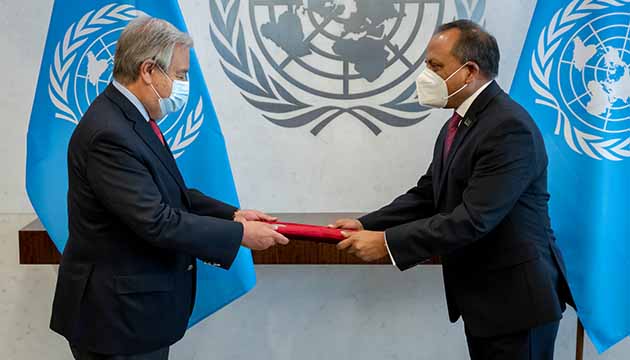 The Ambassador and Permanent Representative of Bangladesh to the United Nations Muhammad Abdul Muhith presented his credentials to the UN Secretary-General António Guterres at the UN Headquarters today. Prior to this on Thursday, 28th of July he joined the Mission.

Muhammad Abdul Muhith is the 16th Permanent Representative (PR) of Bangladesh to the UN since 1974 when Bangladesh became a member of the apex body under the leadership of the Father of the Nation Bangabandhu Sheikh Mujibur Rahman. Ambassador Muhith was Bangladesh Ambassador to Austria prior to this appointment. 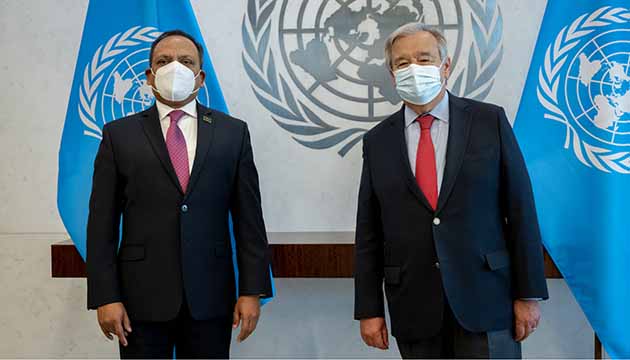 After presenting his credentials, Ambassador Muhith had a brief meeting to exchange courtesies. During the meeting, the PR conveyed the greetings from the President and Prime Minister of Bangladesh to the Secretary-General (SG). Mr. Guterres termed Bangladesh as a friend of the UN and lauded Bangladesh’s socio-economic developments under the leadership of Prime Minister Sheikh Hasina. The SG said Bangladesh is a valued member of the UN and is making an important contribution to the work of the global body. The PR reiterated Bangladesh’s continued commitment and support to the UN and to the Secretary General’s various initiatives.

Ambassador Muhith, a career diplomat, joined the Bangladesh Foreign Service in 1993. During his illustrious career in Bangladesh Foreign Service, he served an important position in the Ministry of Foreign Affairs in Dhaka, and in Bangladesh Mission/Embassies in New York, Kuwait, Rome, Doha, Washington D.C., Copenhagen and Vienna. Earlier, he severed as Ambassador in Denmark and Deputy Chief of Mission in Washington D.C. 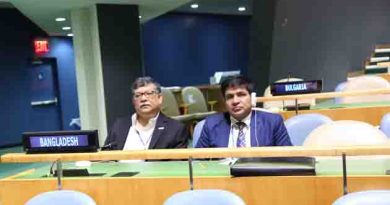