The Brazilian movie “Central Station” will be screened in Bangla Academy on the 1st December, at 5:30 pm, in a program organized by the Embassy of Brazil in Dhaka.

The movie, which was nominated for the Academy Awards in the categories “Best Foreign Language Film” and “Best Actress”, is an emotive journey of a former school teacher, who writes letters for illiterate people, and a young boy, whose mother has just died, as they search for the father he never knew.

The film earned critical acclaim and was ranked No. 57 in Empire magazine’s “The 100 Best Films of World Cinema. 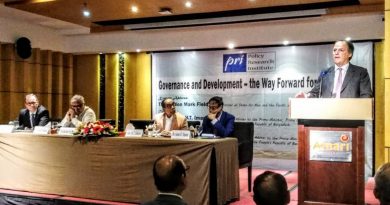 UK wants to see a confident Bangladesh with “strong, transparent and accountable” democratic institutions says British Minister of State for the Asia.