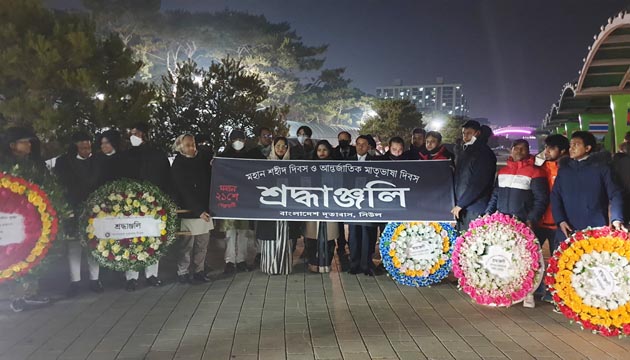 The glorious Language Martyrs’ Day and International Mother Language Day 2020 was commemorated by the Embassy of Bangladesh in Seoul with due fervor and solemnity. To observe this occasion in a befitting manner, an elaborate program was arranged which was divided into three segments. 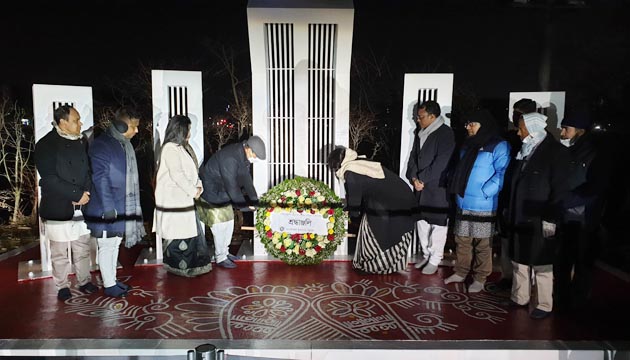 The first segment of the event took place at the early hours of 21st February in front of the Martyrs’ Monuments at the Multicultural Park in Ansan city. In the chilling February cold, Bangladesh Ambassador along with the officials of the Embassy paid homage to the Language Martyrs by placing a floral wreath at the Shaheed Minar. Members of different social, political and cultural organizations of expatriate Bangladeshis living in Korea were present there and paid their floral tribute to the language martyrs. 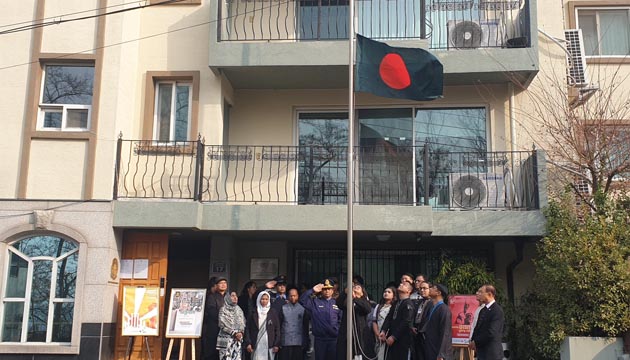 The second segment started in the morning of 21st February with the hoisting of the National Flag at half-mast by the Ambassador at the Embassy premises with the presence of Embassy officials and members of the Bangladesh community. It was followed by reading out from the Holy Scriptures, messages from the Honorable President, Honorable Prime Minister, Honorable Foreign Minister, Honorable State Minister for Foreign Affairs and Honorable State Minister for Cultural Affairs. A special prayer was offered for the salvation of the souls of language martyrs and also for the socio-economic development of the country. During the open discussion, the significance of the day was highlighted. This segment came to an end with the screening of video clip on the Bangabandhu Pavilion of the Ministry of Foreign Affairs, Dhaka at the “Amar Ekushe” book fair. 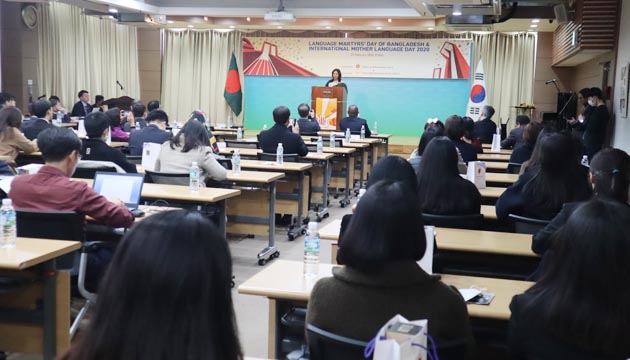 The third and last segment of the event took place at the Seminar Hall of the Korean National Commission for UNESCO (KNCU) at 1600 hours on the same day. The Ambassadors, members of the diplomatic corps, senior officials from the Ministry of Foreign Affairs of the Republic of Korea and from the KNCU as well as professors, educationists and students from the renowned education and research institutes of the Republic of Korea were present at the program.

At the outset of the discussion session of this segment, a one-minute silence was observed to honor the language martyrs followed by the screening of a short documentary on the Language Movement and playing the renowned song ‘Amar VaierRokteRanganoEkushe February’. The messages of the Honorable President, Honorable Prime Minister including the message of Director-General of UNESCO were readout. 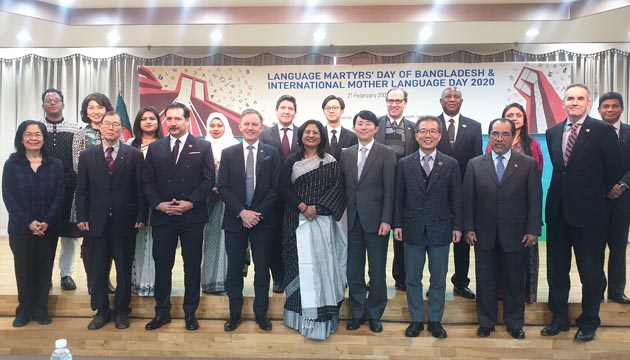 Ambassador Abida Islam in her welcome speech paid homage to the greatest Bengali of all times, the Father of the Nation Bangabandhu Sheikh Mujibur Rahman and all the language martyrs who laid down their lives to establish Bangla as the state language. She explained in detail the progress with regards to the mother-tongue based multilingual teachings in Bangladesh and also highlighted the advantages of the cross border language in the resolution of the conflict in line with the theme of this year’s International Mother Language Day “Language without borders”.

The Secretary-General of the Korean National Commission for UNESCO Mr. Kwangho Kim congratulated Bangladesh on the 21st anniversary of the internationalization of this day and put emphasis on the promotion of multilingualism as well.

Referring to Bangladesh’s history of sacrifices in defence of a native language, Mr. Kim Jung Han, Director General for Asian and Pacific Affairs Bureau, Ministry of Foreign Affairs, Republic of Korea emphasized on mutual respect and harmony among different languages and cultures.

Following the speeches of the dignitaries, the Ambassadors of New Zealand, Canada, and Sierra Leone spoke on the initiatives of their respective governments on the promotion of multilingualism.

Ambassador of New Zealand H.E. Mr. Philip TURNER, stated that his country has rapidly developed into a highly diverse society in the last couple of decades. With 200 different ethnicities, New Zealand is committed to preserve its indigenous, he added.

Emphasizing on the promotion and protection of multilingualism and multiculturalism, Ambassador of Canada H.E. Mr. MichealDanagher, informed that there are more than 140 immigrant languages including a significant number of aboriginal languages other than English and French in his multilingual country. He also informed that his Government has been taking various initiatives to protect the endangered indigenous languages in the country. He also remembers with great respect the contribution of Salam and Rafiq, Bangladeshi expatriates in Canada. Ambassador of Sierra Leone H.E. Mr. KathosJibaoMattai, emphasized the harmony and respect among the 16 languages spoken by different tribes in his country.

During the cultural segment of the program, the traditional dance performed by a Korean cultural team mesmerized the audience including the Kathak dance of Indian participants and musical performance of Ecuadorian participants. The songs performed by the Embassy officials also enthralled the guests, who were entertained with traditional cuisine and bestowed with gift-items written in Bangla and Korean languages. 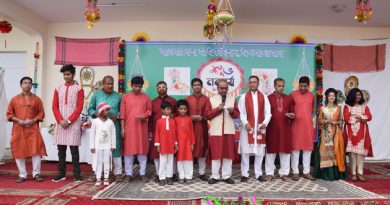 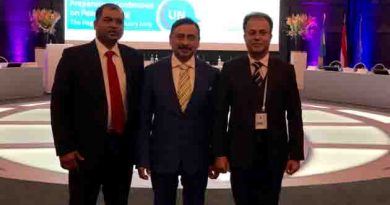 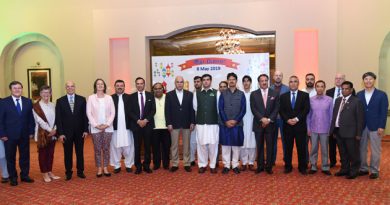