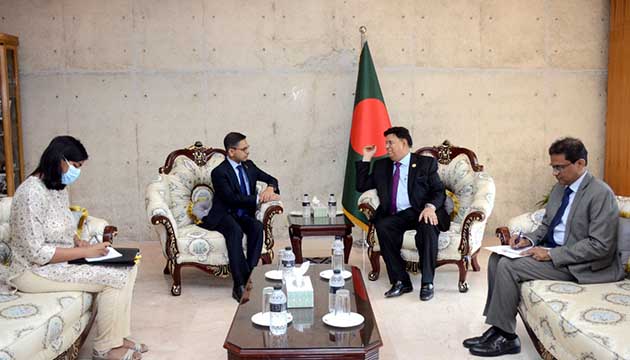 The newly appointed High Commissioner of India to Bangladesh Mr Pranay K. Verma paid a courtesy call on the Foreign Minister Dr A K Abdul Momen,  this morning at his office.

At the call on, Foreign Minister welcomed the Indian High Commissioner to the Ministry of Foreign Affairs and wished him a successful tenure, while delivering his duty in Bangladesh.

Foreign Minister reaffirmed that Bangladesh considers India as the closest and the most important neighbour and termed the relations as “Solid and Unique one”. He noted that both countries are inextricably linked by historical, cultural, social and economic ties and over the last 50 years, the Bangladesh-India relationship has reached to an unprecedented height under the visionary leadership of the Prime Ministers of both countries. He also recalled the crucial role played by the people and Government of India during the Great War of Liberation of Bangladesh in 1971 led by the Father of the Nation Bangabandhu Sheikh Mujibur Rahman.

Dr Momen underscored the exemplary economic growth of Bangladesh under the dynamic leadership of Prime Minister Sheikh Hasina and added that Bangladesh’s economic development is complementing the economic development of India in many ways. He once again narrated that Bangladesh is positioned to be a “Regional Connectivity Hub” and India being the closest neighbour can reap the benefit of the connectivity outlook, as envisioned by the Prime Minister of Bangladesh. With regard to the Indo-Pacific region, Dr Momen stressed the need for international rules and norms based on free and fair connectivity amongst the countries of the region. 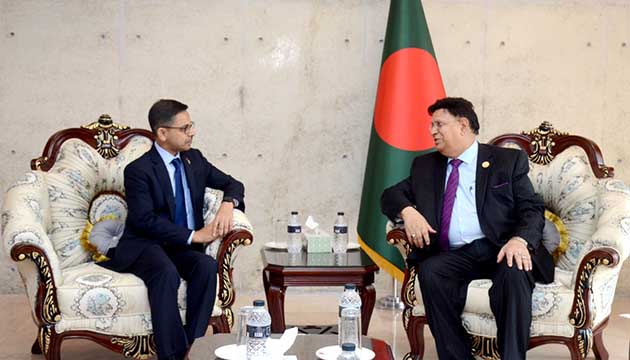 Dr Momen also mentioned about the actions taken by the Prime Minister of Bangladesh Sheikh Hasina and her Government for exerting “zero tolerance” towards terrorism, radicalism and insurgency, which ultimately paved the way in establishing peace and stability in the North Eastern States of India. He urged all concerned to work towards bringing the border killings to zero.

The High Commissioner of India to Bangladesh thanked Foreign Minister for the warm welcome and informed that he is being received with heartfelt warmth in Bangladesh, wherever he is visiting. He noted that working in Bangladesh is a matter of honour and privilege and reiterated his commitment to work on the issues of mutual interest for further strengthening the excellent relations existing between the two countries. He also added that under India’s Presidency of G20, India expects the active participation of Bangladesh in the G20 meetings to promote the issues of mutual interest in the global discourse. The High Commissioner stressed working together in the multilateral arena in supporting the candidatures floated by each country. Both Foreign Minister and High Commissioner emphasized on increasing the engagements between Bangladesh and Indian North Eastern Region to invigorate the connectivity and age-old relationship.

Dr Momen emphasized that more than 1.1 million forcibly displaced Rohingyas from Myanmar are being sheltered by Bangladesh. While Bangladesh has been sheltering them on humanitarian grounds, it has now become a huge challenge and a big burden for the country. He sought the support of India in the early repatriation of Rohingyas to their country of origin Myanmar. The High Commissioner in reply informed that India is also keen to have an acceptable solution to this issue and will continue to work to ensure speedy, safe, sustainable and dignified repatriation of Rohingyas to Myanmar. 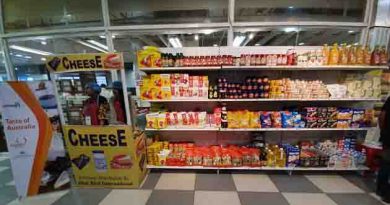 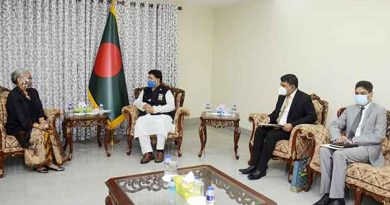 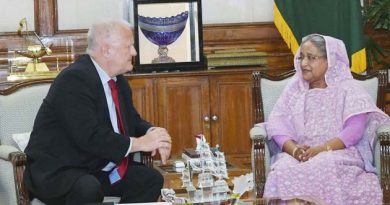