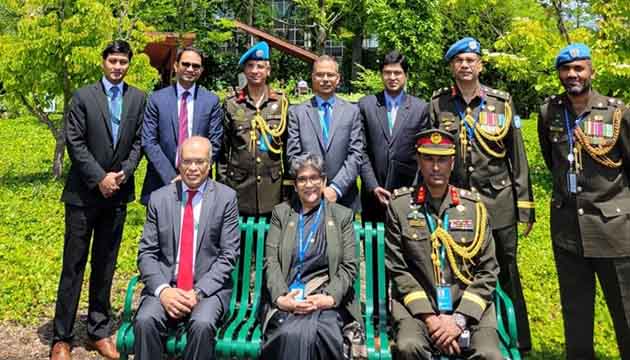 The sacrifice of the peacekeepers only strengthens our resolve to continue serving the cause of peace” says Ambassador Rabab Fatima while receiving the ‘Dag Hammarskjold Medal’ awarded posthumously to two Bangladeshi fallen peacekeepers. The award was handed over by the UN Secretary-General António Guterres in a ceremony to honour 117 peacekeepers of 42 countries who sacrificed their lives in the line of duty for world peace in 2021. The respective Permanent Representatives of 42 countries were present at the ceremony and received the awards on behalf of their countries. The two Bangladeshi fallen peacekeepers are Major A K M Mahmudul Hasan (who was serving in MINUSCA) and Lance Corporal Md. Rabiul Mollah (was serving in UNMISS). Ambassador Fatima received the medals on behalf of Bangladesh and signed the condolence book kept in the UNHQs. The Permanent Mission will make necessary arrangements to send the medals to the family members of the deceased peacekeepers.

After the ceremony, Ambassador Fatima laid a floral wreath at the Peacekeepers Memorial Site on the North Lawn of the UNHQs in honour of all peacekeepers who have lost their lives during noble service with a peacekeeping operation. She was accompanied by the officers of the Permanent Mission of Bangladesh to the UN in New York and the members of the Bangladesh Armed Forces serving in the UNHQs. 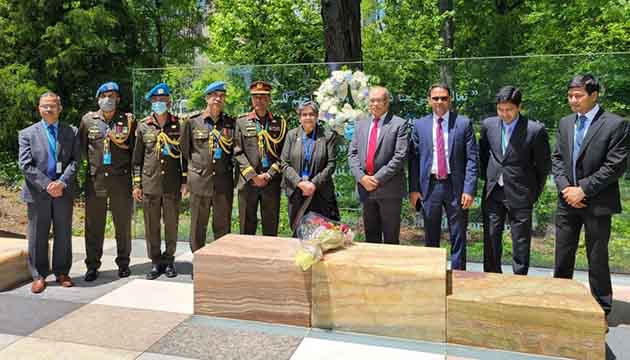 Ambassador Fatima paid solemn tribute to all valiant peacekeepers who lost their lives in the service of peacekeeping and expressed deepest condolences to their families for their irreplaceable loss. She also mentioned that Bangladesh has lost many of its brave souls in the line of their sacred duty for world peace in a condolence message given on the occasion of the International Day of UN Peacekeepers.

The observance of the day started with laying a floral wreath by the UN Secretary-General at the Peacekeepers Memorial Site on the North Lawn of the UNHQs. The theme for this year’s Day is “People Peace Progress: The Power of Partnerships.”The United Nations recognizes the professionalism, dedication and courage of the peacekeepers and honours the memory of those who have lost their lives in the cause of peace by commemorating the day and awarding the medal.

After a two-year break, this year, the United Nations has observed the ‘International Day of the UN Peacekeepers’ at the UN headquarters premises in person. 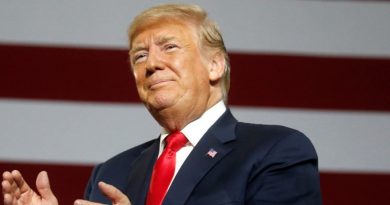 The Trump administration will likely deport an assassin who was convicted in 1998 for murdering Bangladesh President Sheikh Mujibur Rahman and nearly his entire family. 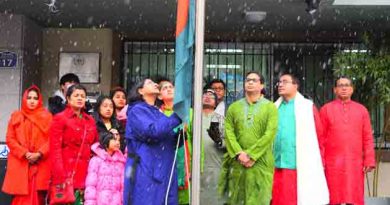 The 48th Great Victory Day is celebrated in Seoul with due fervour and festivity. 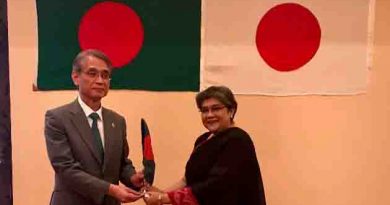